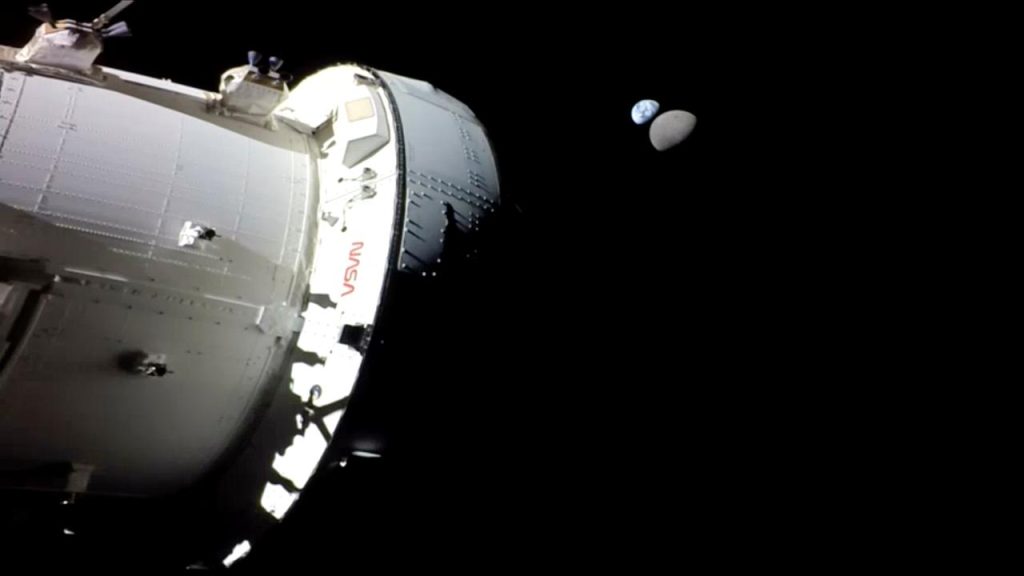 The Orion spacecraft broke a decades-old record during its mission around the moon. The spacecraft has traveled 430,000 kilometers since its launch. It’s the farthest a spacecraft designed to carry humans has ever travelled, reported Nasa Monday evening.

The previous record was still held by the Apollo 13 mission from 1970. The fact that we managed to cover a longer distance is, according to the American space agency NASA, a milestone in the Artemis mission. The goal is to put people back on the moon after fifty years.

In preparation for this mission, all sorts of tests are currently underway with the unmanned Orion spacecraft. “Artemis is paving the way for working and living in deep space in a harsh environment,” NASA Director Bill Nelson said of the milestone. “To invent and create things that way, and eventually travel to Mars with humans.”

NASA wants a permanent base on the Moon

But Mars is still far away. The goal is to get people to this planet by 2033 at the earliest. A step that still requires a lot of new knowledge and preparation. The results of this Artemis I mission are therefore considered an important interim step.

The Orion spacecraft will orbit the moon for a total of six days. The spacecraft will begin its flight back to Earth in early December. If all goes as planned, Orion will make a splash in the Pacific Ocean on December 11.

The second Artemis mission will then begin in May 2024. Then the same spaceflight is performed but with astronauts aboard Orion. A year later, the third Artemis mission follows. In it, astronauts are actually to set foot on the moon for the first time in over fifty years.

If it’s up to NASA, then the moon will become a permanent base for new missions. The space agency aims to build a permanently manned base on the Moon by 2028. This should provide the knowledge needed to enable manned space travel to Mars.