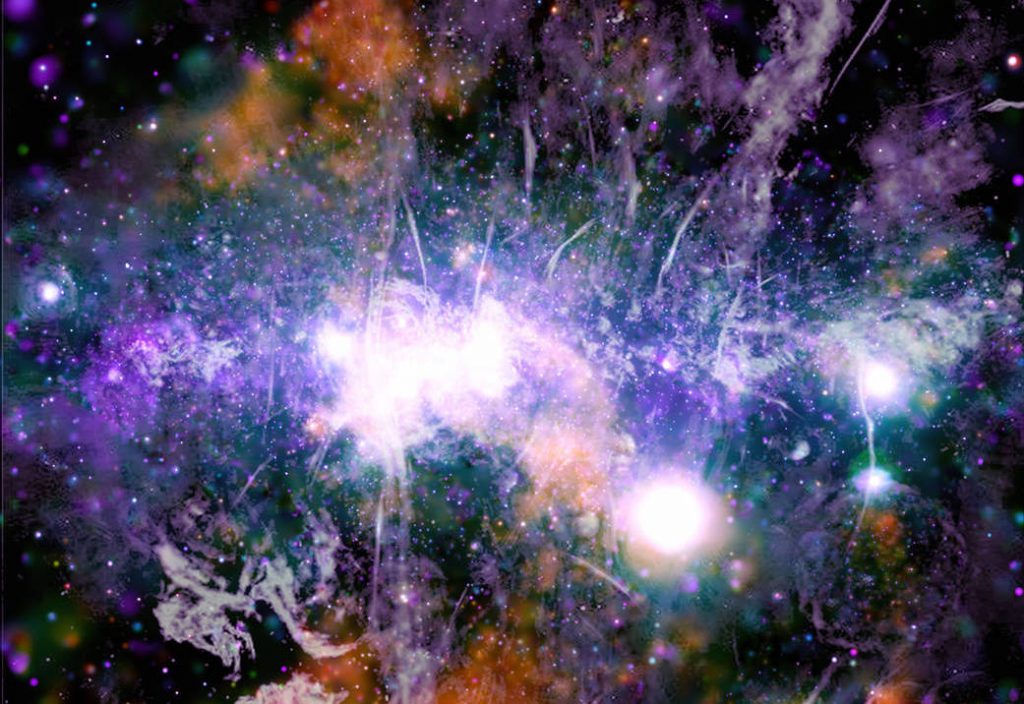 The center of our Milky Way galaxy is a cosmic web of hot gases and magnetic fields, centered on a supermassive black hole.

The US space agency has published a special panorama of our galactic center. The center of the Milky Way is 26,000 light years from Earth. The cosmic masterpiece was created by combining data from South Africa’s MeerKAT radio telescope and NASA’s Chandra X-ray Observatory.

A super hot gas wire
The photo shows a remarkably long wire of super hot gas, namely G0.17-0.41. This wire is twenty light years long, but only 1 / 100th of a light year wide. Such a wire is created by the collision of magnetic fields. When magnetic fields collide, they become entangled and these very hot gas threads are formed. Astronomers suspect that these colliding magnetic fields could heat the gas between the stars – the so-called interstellar medium. This turbulence can eventually create new stars.

Clusters, stars and sources of X-rays
Near the center, the Quintuplet cluster can be seen. This cluster is only four million years old and contains many massive young stars. Within this cluster is the Pistol Star, one of the brightest stars in the Milky Way. We also see several other clusters, such as Arches clusters, many stars (small dots), and x-ray light sources (green circles). 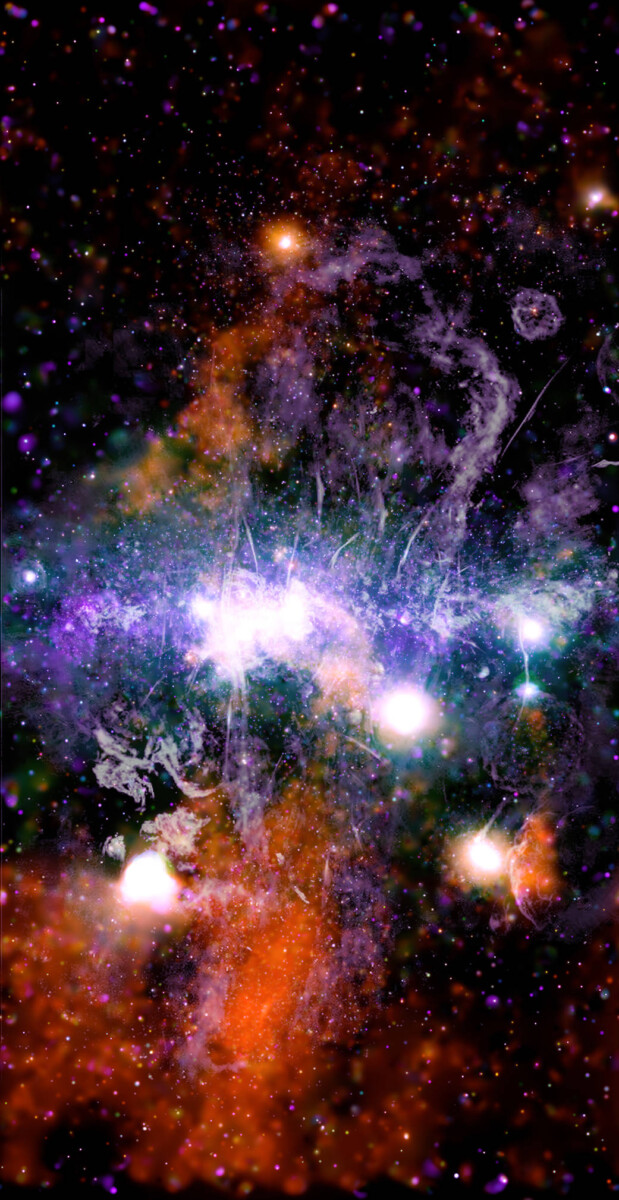 Chandra: almost as legendary as Hubble
The Chandra X-ray Observatory has been floating in space for over twenty years now. During this period, the observatory made many special discoveries. For example, Chandra photographed a jet from the black hole Sagittarius A *. It is a cosmic fountain of high energy particles. Chandra photographed the current coming from Sagittarius A. It turns out that the jet collided with gas nearby. During the collision, X-rays and radio waves are produced, what was observed by Chandra.