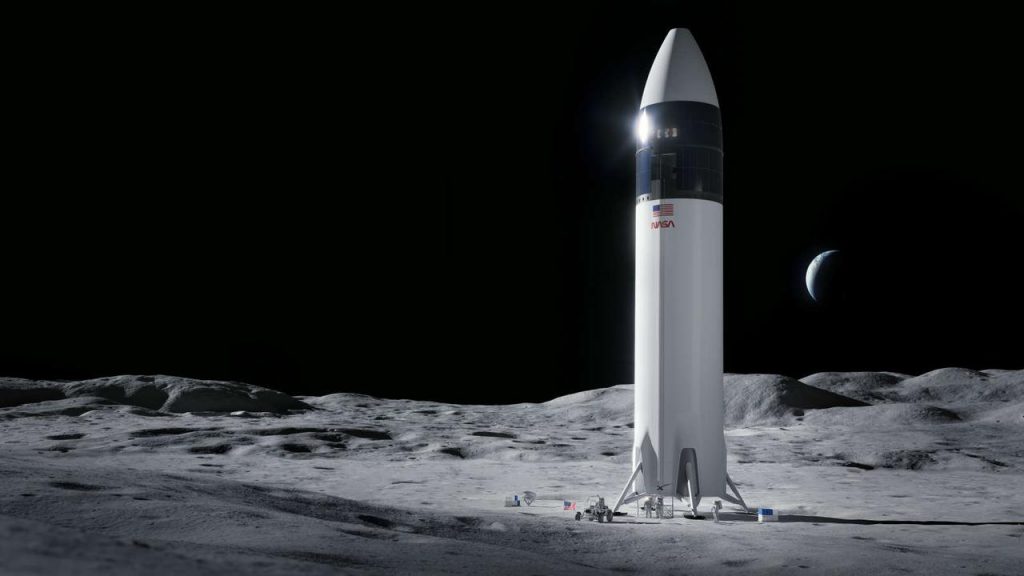 SpaceX will build a lunar lander for NASA that will bring people back to the moon for the first time since the Apollo program in the 1960s. The order is worth $ 2.9 billion (€ 2.4 billion), the US space agency reported on Friday.

SpaceX’s lunar lander, Starship, is currently in full development and should be able to bring groups of people to the Moon and Mars in the future. The first moon landing could – if all goes well – take place as early as 2024.

NASA awards the contract exclusively to SpaceX. The company, founded in 2002 by Elon Musk, defeats Blue Origin of Amazon founder Jeff Bezos, who wanted to win the contract with aerospace and defense groups Lockheed Martin, Northrop Grumman and Draper. In the spring of 2019, Bezos showed the world the prototype of the Blue Moon lunar module. How and when it will be used now is unclear.

Musk, who is also CEO of automaker Tesla, co-founded SpaceX with the ultimate goal of getting people to fly to the planet Mars. In recent years, the company has caused a stir by launching rocket and spacecraft test missions at full speed.

SpaceX made history when it was the first to land a rocket for reuse after launch. SpaceX’s activities had the added effect of increasing enthusiasm for space travel.

NASA has been working on a lunar mission since 2007

NASA last sent astronauts to the moon in 1972. That year, the US Apollo program ended. Since 2007, NASA has been working on a sequel to Apollo: Artemis. NASA has long been working on a new rocket and astronaut capsule for this, but the organization was still looking for a commercial company to supply the lunar module.

The spacecraft then lands on the surface of the celestial body and after a stay of about a week, the space travelers embark again to return to orbit. They then return to their partner in Orion, then return to Earth.