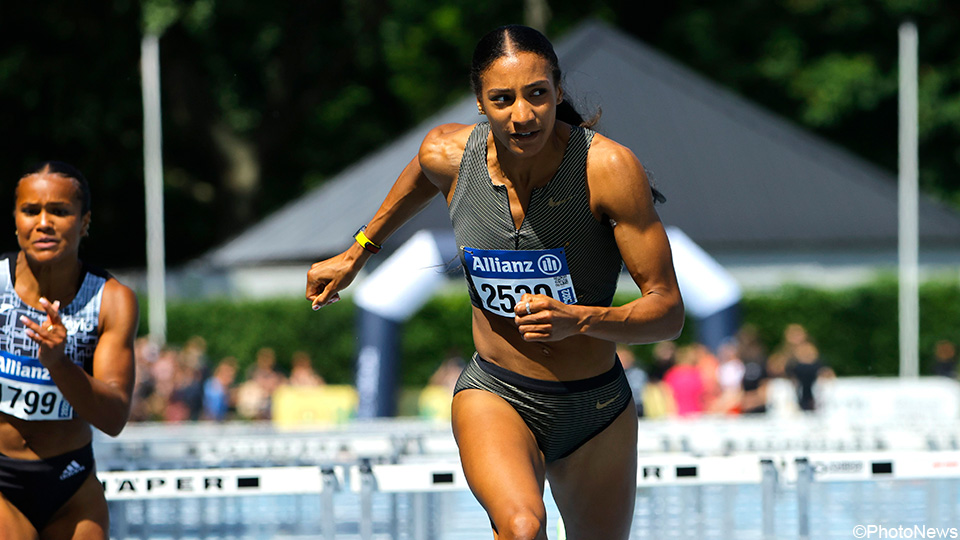 Within 2 months of the World Cup in the United States, Nafi Thiam (27) started his season at the Flanders Cup in Loreto. Two-time Olympic champion Heptathlon won the 100-meter hurdles in 13:58 minutes.

Conditions in Logaren were good: pleasant sunshine and winds of 1.1 meters per second.

With 13:58, Nafi Thiam came very close to his performance in Tokyo, where he opened the Olympic heptathlon at 13:54. His personal best (since 2017) he still has to go 24 hundred faster.

Thiam can live with Chrono in Logeren. “I have no firm expectations,” he later said.

“You have to start your season somewhere, that’s the only goal I’ve had here. It was a little confusing,” the Olympic champion said.

“My start was not great, really I did not feel good at any time. I lost some rhythm in the last two hurdles. So compared to my feeling, the timeline was not so bad.”

Everything was a little confusing.

“Back problem does not go away immediately”

Nafi Thiam has been dealing with back problems in recent months. They are better at control now, but not gone yet. “In hurdles, the back is not really a problem, though I can feel it. The back is hard, especially when jumping,” he said.

“It’s not something that will be solved in a few months. It’s going to be a long story. It’s a problem like Tokyo, but it’s bad.”

Despite a tough start, Thiam continues to work towards the Athletics World Championships in the United States in mid-July. “I have to do the body I currently have,” she realizes. “Some things go better in training, and I feel like I’m lagging behind in other things.”

“I do not want to set my goals yet. It’s too soon for that. My ambition is to be in excellent form at the World Cup in Eugene.”