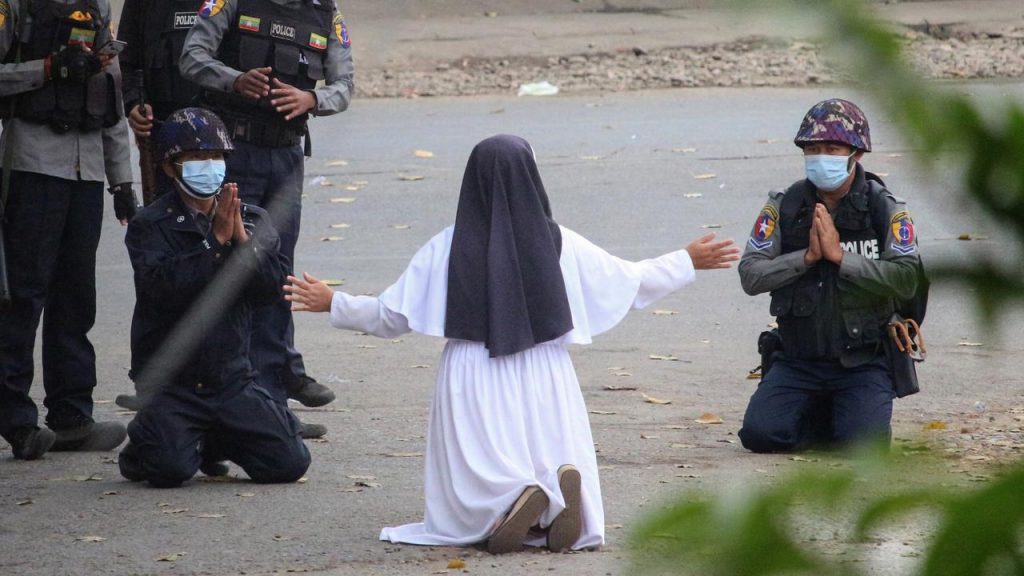 Burmese security forces closed an entire neighborhood in Rangoon after Monday’s protests and searched all homes overnight. According to eyewitnesses, dozens of people were arrested during the raids.

Rangoon is the largest city in southern Myanmar, where there have been regular protests against the military coup since February 1. About 200 demonstrators were trapped during the closure of a neighborhood. Security forces hoped to be able to stop them all.

During the home searches, security forces mainly focused on homes with a flag of Aung San Suu Kyi’s party, the National League for Democracy (NLD), hanging from the balcony.

“They searched all the houses on the street,” said one resident. “If apartment buildings were locked, they would break the locks to enter.”

On Monday, many businesses, such as shops, banks and schools, were closed in protest against the coup. The hope of many in the region is that major protests will take place on Tuesday and that the police and military will intervene again.

On February 1, the military seized power in the country, claiming it was because the November elections were fraudulent. In these elections, the NLD won and the army party lost many seats.