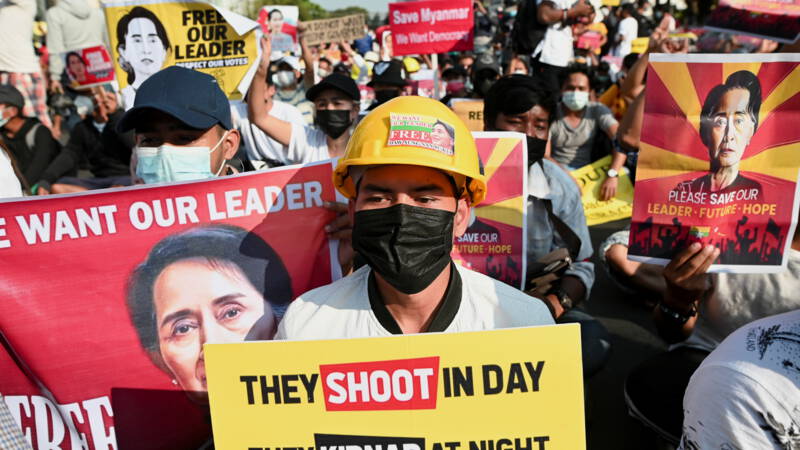 Protesters who obstruct the Burmese army face 20 years in prison. Myanmar’s junta, which seized power in the country two weeks ago, has drafted a new law to this effect. Protesters who show “hatred or contempt” for coup plotters may also face a heavy prison sentence or a heavy fine. According to the army, this concerns “words, spoken or written, or by means of pictures”.

Today, thousands of Burmese have taken to the streets to demand the release of Aung San Suu Kyi. The politician was arrested in the coup along with other members of the civilian government in early February. She will remain in jail for at least two more days and then be brought to justice, her lawyer said today. The charges against her include possession of illegal means of communication; his security had walkie-talkies.

Suu Kyi’s party won the election with a huge absolute majority at the end of last year. However, a party affiliated with the military lost seats. The army called for a fraud. Just before the new parliament was sworn in, the army staged a coup.

The army is trying to nip opposition to this coup in the bud. Today, for the first time since the coup, armored learning vehicles were driving the streets of the country’s largest city, Yangon. In other towns, the police fired rubber bullets. Dozens of protesters were arrested during student protests in the capital Naypyidaw. Protesters threw stones at the police in various locations.