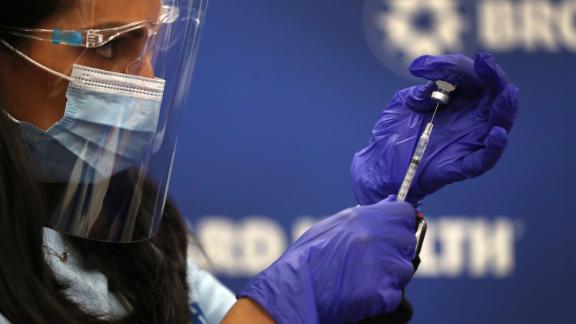 EL PASO, Texas – The West Clinic of the University Medical Center on Wednesday became the first El Paso facility to administer the Govt-19 vaccine to high-risk members of the general population.

In an event that was not widely publicized, the hospital administered several hours of vaccinations to people 75 years of age and older.

The El Paso Public Health Department announced Wednesday that more are coming soon. In the coming weeks, Covit-19 plans to vaccinate El Paso people aged 65 and over and those under the age of 16 with some chronic medical conditions.

These programs are in line with the latest guidance from the Texas State Department of Health Services, which aims to “protect the most vulnerable population.”

“Phase 1B provides protection to many vulnerable people at high risk of getting Covit-19, as it provides the vaccine to high-risk individuals regardless of their occupation or status,” said El Paso Health Director Angela Mora.

The vaccine, which first debuted in El Paso on December 14, was only given to leading health workers until Wednesday.

In a statement, El Paso health officials said the “next Govt-19 priority group would begin vaccinating within the next few weeks” but did not provide further details on that timeline.

Qualifying the basic health conditions for the next phase of vaccination include, but are not limited to:

Officials indicated that they would instruct El Pasoans as soon as the vaccine is available for the next phase and provide information on how to plan vaccination appointments at that time. EPStrong.org.