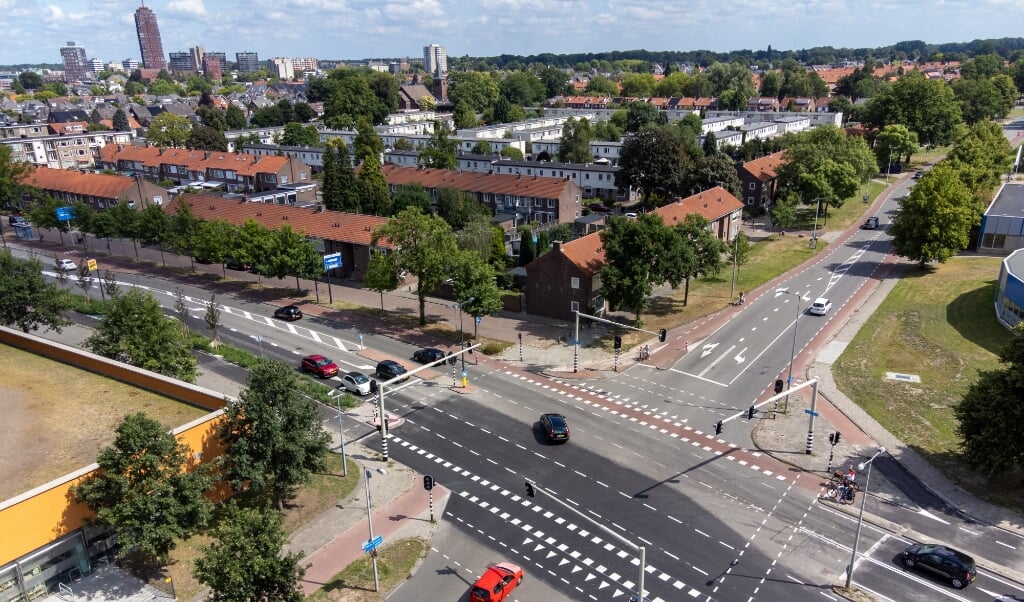 The Kuipersdijk and its surroundings are completely climate-resistant. The last works of the GroenBlauw Kuipersdijk project have been completed with the paving of the intersection in the summer, reports the municipality.

Enschede – Lowered green spaces along the streets, underground storm drains and water collection points reduce the risk of flooding. Additional trees, new groves of willows and the many grasses and flowers cool the area on hot days and provide new habitat for all sorts of different animals. Now you have to be patient until next year, when all the grasses and flower mixes have germinated and grown, to see the real end result, according to the municipality.

For years the Kuipersdijk at the intersection with Wethouder Beversstraat and JJ Van Deinselaan has been one of the ten places in the city at very high risk of flooding. ”When it rained very hard, the Kuipersdijk and the streets around were flooded. Traffic, including emergency services, was no longer able to circulate on the streets. Heavy rain showers will become more frequent in the future. Enschede will also face hotter summers and longer periods without rain. Thanks to the GroenBlauw Kuipersdijk project, the area around the intersection is ready for the weather of the future.

GroenBlauw Kuipersdijk is a project we can be proud of, says Alderman Marc Teutelink. “With the water collection points and the many plants, shrubs and trees, the environment has become more attractive and safer. Major works in the spring led to the partial closure of a major intersection for a few weeks. Nevertheless, the nuisance was kept to a minimum, as everything was carried out on schedule. The project also turned out to be much cheaper than what we had estimated years ago. Today we choose to collect water above ground. Water also makes the environment cooler. At the same time, a wetland habitat is created which attracts animals.