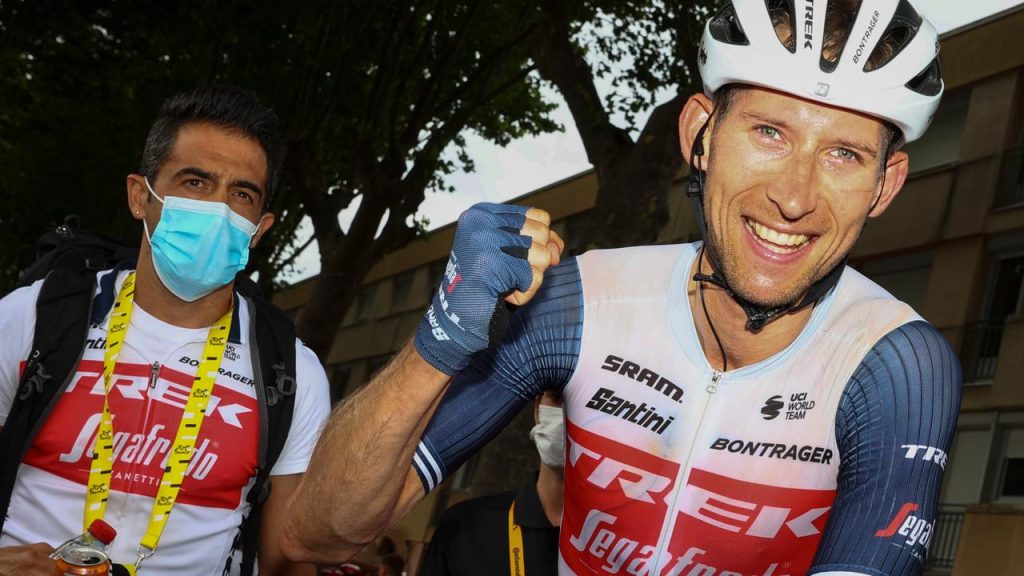 Bauke Mollema extended his contract with Trek-Segafredo by four years on Monday. The 35-year-old rider is now stuck with the team he has been riding for since 2015 until the end of 2026.

“I feel very happy here from the start and I still can’t imagine being with another team,” Mollema said in a press release. “I’ve said it before, but it’s become like family to me.”

Mollema started his career with the Rabobank team, which he swapped for Trek-Segafredo in 2015. He has ten victories so far for the American team, the highlights of which were winning the Tour de Lombardy in 2019 and two Tour de France stage victories (2017 and 2021).

“The Trek-Segafredo team gives us the best conditions, but I also think I’m quite an independent person,” Mollema said. “After so many years as a pro, I know what to do and the team gives me the space to do it.”

Mollema’s role has changed over the years

Mollema was long considered a ranking runner but was given a free role when the stress got too much for him. Since then, the American formation has given him the space to focus on wins in one-day races and stage wins in the big laps.

“As everyone knows, my role has changed a bit in recent years and will probably change even more in the years to come. After years as a GC rider, I started to focus on racing one day and more recently on the pursuit of stages in the Grand Tours.

“I like this role and maybe it suits me better at this stage of my career than aiming for the rankings. Also, I leave this opportunity to talented young riders. I see a role for me as a kind of mentor for them.” , said Mollema, who will turn 40 at the end of 2026.

Mollema has contested his twentieth big round of the Giro d’Italia in recent weeks. In Italy, where Mollema finished fifth overall in 2019, the climber failed to book a stage win.