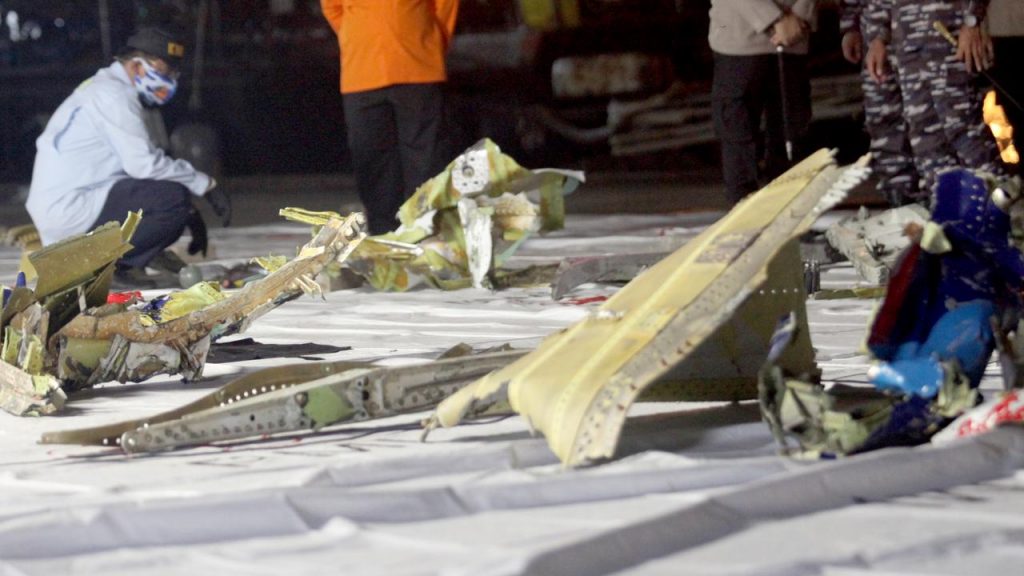 The plane that went missing off the coast of Indonesia may have shattered into pieces after the plane hit seawater. Local officials say this on Monday, based on how the wreckage found so far. ‘had now been dispersed. “If the plane had exploded in flight, for example, the debris would be much more widespread.” The plane with 62 people on board disappeared from radar on Saturday, about four minutes after takeoff.

It is not yet known what happened to Sriwijaya Air flight SJ182. Authorities discovered the black boxes of the crashed Boeing 737-500 on Sunday, after body parts and personal effects were discovered at sea earlier today. Pieces of an inflatable slide, cables and a piece of jeans were also found.

The plane took off on Saturday at 1:40 p.m. local time (7:40 a.m. Dutch time) from Jakarta to Pontianak, an Indonesian city about 700 kilometers away. The flight should have taken about an hour and a half.

However, four minutes after departure, the aircraft disappeared from radar. The last contact with the crew took place just 20 kilometers from the airport, as the plane flew over the sea.

The website Flightradar reports that the plane lost more than 3,300 meters in height in less than a minute. We still don’t know exactly what happened.