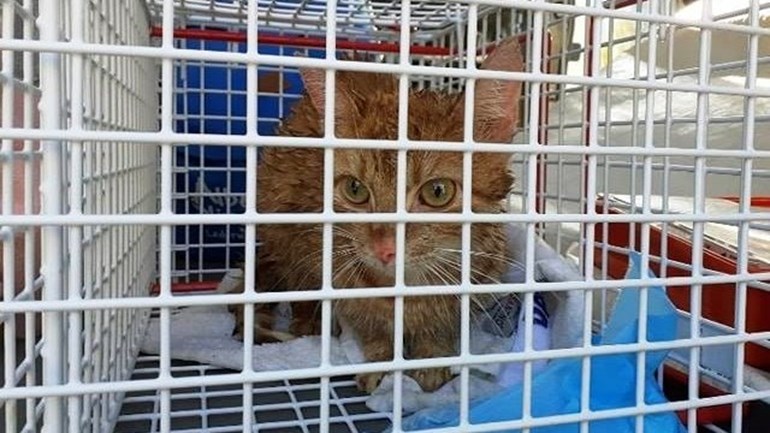 It started with the report that a cat had been heard somewhere, at the Vlissingsebinnenbrug next to the yard, but that the animal itself was not to be seen in any fields or roads. The Animal Welfare Walcheren volunteers heard the plaintive meow of a cat, of course, but they also didn’t see the animal anywhere. So they decided to call in the firefighters.

Go into the water with canoes

Firefighters found the animal, but couldn’t do anything else. The cat sat on a ledge under a pillar of the bridge and continued to fall into the water, but there was not enough space between these pillars to get in and out of the animal. Some local residents entered the water in canoes to try and save the cat, but although they saw the cat, they were unable to catch the animal.

“After several attempts, in consultation with the police and the fire department, we had to stop the capture,” wrote Animal Welfare Walcheren in a post on the rescue. Facebook. “After putting some food with the cat, we went home to think about how to solve this problem.”

The next morning, the volunteers went there with two animal ambulances and a plan that consisted mainly of getting into the water with a surfboard. At first, they no longer heard the animal and therefore feared the worst. They still decided to go in the cold, green water. The cat turned out to be still there. She was emaciated, hypothermic and dizzy and no longer meowed.

It took a few tries, but in the end it was possible to free the cold cat from his predicament. After reading the bullet, it was Lucy cat that had been missing for three weeks. She had apparently fallen into the water within a hundred yards and got out of the water under the bridge, but Lucy had nowhere to go except in the water.