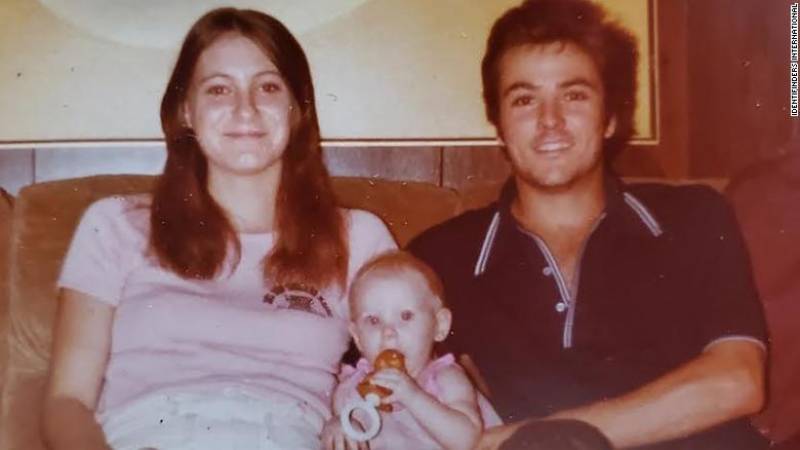 After her parents were murdered, Holly was offered up for adoption from a church in Arizona by two women dressed in white who said they belonged to a nomadic religious group. She was adopted by a couple from Oklahoma and grew up without further details. His adoptive parents are absolutely not suspects in this case.

Just hours after hearing the news, Holly had a digital reunion with her birth family. She spoke to her grandmother and her parents’ siblings, among others. She says she would like to meet them in person soon. Because she requests confidentiality, details of how investigators found her and exactly how her life progressed have not been released.

Holly’s grandmother was thrilled that her granddaughter had been found, even on her murdered son’s birthday. “This is a birthday present from heaven. I have been praying for answers for 40 years and now the Lord has revealed something.”

“I dreamed of my sister Tina last night,” her aunt said of Holly’s mother. “I dreamed that she was lying on the floor laughing and playing with Holly, as I had seen her so many times. I believe Tina is finally at peace now that Holly is reunited with her family.”

For the police, the strange affair is not over yet. Officers hope the new developments will lead to answers about who killed the Clouses and how Holly ended up with the white-clad women.