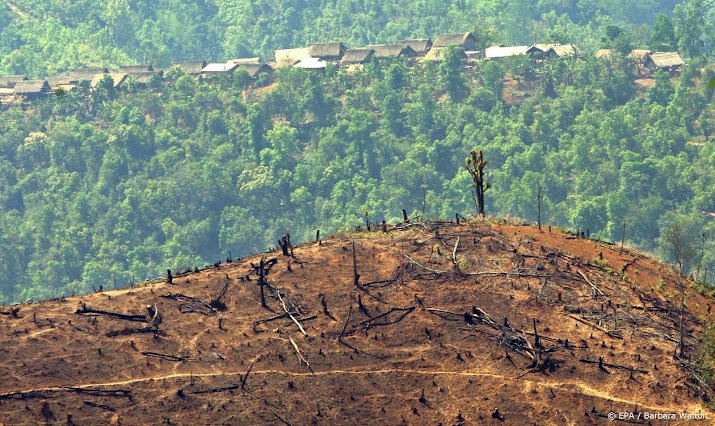 ING, Rabobank and ABN AMRO have provided loans of € 3.1 billion over the past five years for products such as soy, which frequently promotes deforestation. At the end of last year, pension funds, insurers and banks had invested 2 362 million in these products, according to research by Milliotefensei & Profundo.

“Dutch finance is a European champion in financing deforestation,” said Wooter Golk, campaign head of MilliDefense. “In the midst of climate and biodiversity crisis, we are spending money to increase it and add fuel to the fire! The world is upside down. Pollutants such as financial institutions should have a climate obligation to make their chains deforestation-free.

MilliDefinity and Profundo examined how much money went from Dutch financial institutions to companies focusing on palm oil, beef, pulp and paper, soy, rubber, cocoa and coffee. According to MilliDefense, these are the most hazardous materials for tropical deforestation. ING, Rabobank and ABN AMRO have lent 3.1 billion euros between 2016 and 2021, two-thirds for palm oil and soybeans. Pension funds, insurers and banks have invested 36 362 million in these six products by the end of 2020, three-quarters of which are in beef and palm oil.

According to both companies, research shows that there is no financial sector in Europe that spends more on these “deforestation risk items” than the Dutch. After China and the United States, Dutch banks, insurers and pension funds are the largest investors in beef and the most important lenders to soy. According to Milieudefensie and Profundo, ING and Rabobank are among the top ten international financial institutions that finance the soy trade.