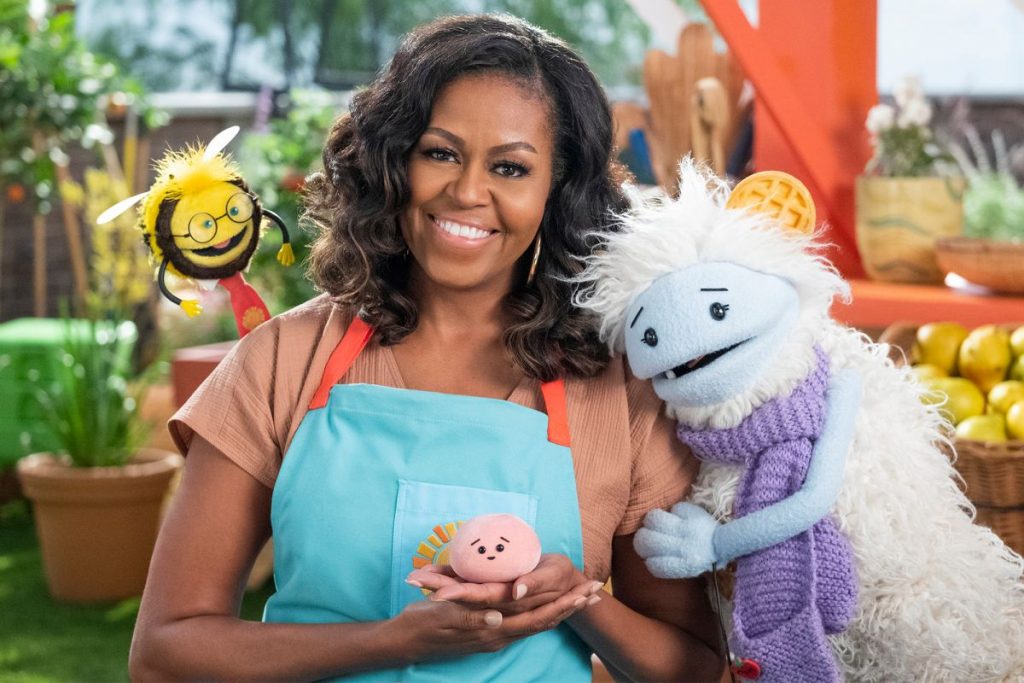 Former U.S. First Lady Michelle Obama will soon be able to be seen in a new cooking show on the Netflix streaming service. Jeroen Meus need not worry though: the cooking show is aimed at children.

The ex-first lady is both the star and executive producer of the new Netflix series Waffles + Mochi, which will be available on the streaming platform next month. The series is aimed at a younger audience and is about two dolls, Waffles and Mochi, who are trying to become chefs. Obama plays a supermarket owner who helps them with that.

“ I am so happy to be a part of this hilarious and heartwarming show. And I’m not saying this just because of the flying basket, ”Obama says. ‘I wished that Waffles + Mochi been there when my daughters were growing up because its the kind of show that is fun to watch with the family. It gives parents peace of mind when they know their little ones are learning something too.

Obama further describes the series as an extension of his work as the former first lady to promote healthy lifestyles among children. “We know everyone loves good food and a good story. And that’s exactly what our curious and adventurous heroes offer, whether they explore the possibilities of the potato, the world of canning or the art of cleaning a cracked egg.

With the help of Obama and a flying magic cart as a guide, Wafer and Mochi embarked on a world tour, Netflix said in a statement. On this journey, they discover new ingredients, different cuisines from around the world, restaurants, farms and households around the world. With renowned chefs, home cooks, children and celebrities, they learn how to prepare dishes with everyday ingredients.

The show was created by Higher Ground Productions, the new production house of Michelle and her husband Barack Obama. In 2018, the Obamas signed a multi-year contract with Netflix for an unknown but arguably high amount to produce films, series and documentaries.

Waffles + Mochi can be seen on Netflix starting March 16 and currently has ten twenty-minute episodes.