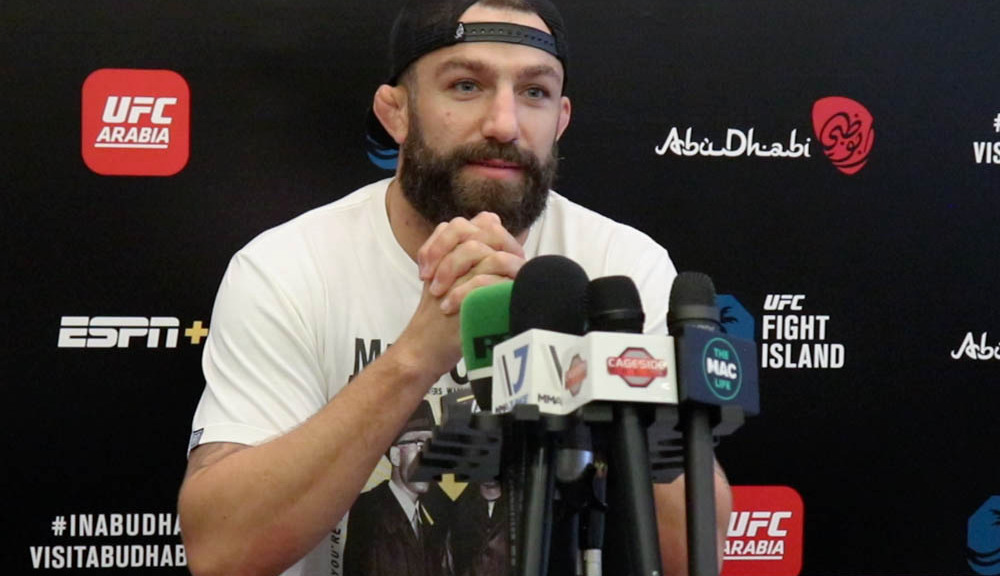 ABU DHABI – Welderweight competitor and fight analyst Michael Church He thinks he’s going to be a part of UFC broadcasting for years, not just when he’s in the octagon.

Not a first fight Raphael Dose wins over Anzos In January due to injury, Sisa (17-4 MMA, 10-4 UFC) has been using his time to preview and review UFC events for ESPN. He has been from “Fight Island” in Abu Dhabi for the past several weeks and said he has really hit a chord in this role.

Sisa said he has reached a state of comfort in the analyst position, which he continues to do not only when he is an active fighter, but even after many years.

Speaking to reporters including MMA Junky in Abu Dhabi on Thursday, Sisa said, “I took advantage of this trip and I established my place.” I am going to be one of those people who will be behind the desk for the rest of my life. I feel like I have confirmed it. “

Sisa said fighting will be his No. 1 priority because he is healthy. Breaking UFC fights and storylines is interesting for Sisa, but his primary interest is still in competition.

“I’m a fighter – that’s what I do,” Sisa said. “If you look at these guys competing – I know a lot of matches that are dropping 170 pounds. I know what you guys get. I know what we’re looking for. I hoped I could get out of here with a fit, but it’s not a bar. I’m hungry. I want to win the world title. ”

To learn more from UFC 254, which takes place in the Flash forum and broadcasts on ESPN + and ESPN 2 and ESPN + following ESPN +, watch the video above.