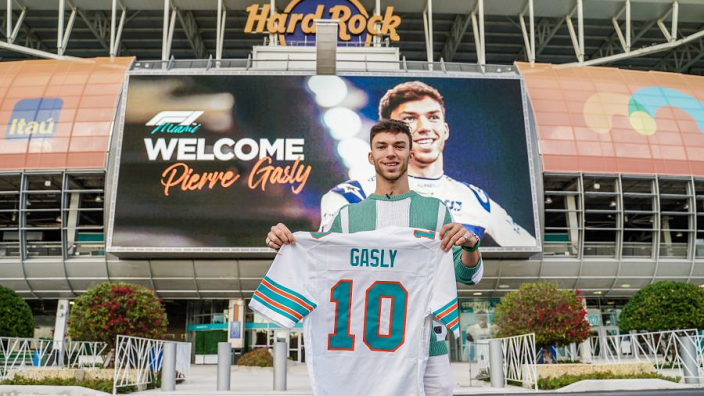 The Miami Grand Prix will open its doors to the outside world for the first time in early May and the Florida race organization hopes to wow audiences and fans around the world with a unique racing venue. Miami Grand Prix CEO Tom Garfinkel hopes his race can stand out from the crowd.

Formula 1 in the United States has become increasingly popular in recent years. The regal class struggled a few years ago to sell out the only Circuit of the Americas race, but there’s little to see now. The Miami Grand Prix was announced as the second American race on the calendar and we now also know that from 2023 there will even be three races in the United States with Las Vegas.

For Americans, there is nothing too crazy to impress the rest of the world and it has to happen in Miami too. Earlier on Tuesday, the well-known seaside town showed some footage of the newly formed circuit through a video and Garfinkel talks about the upcoming Grand Prix in another promotional video. “The idea is to create a race where people who go to the races more often think, ‘This is different, this is fun, this is exciting.’ As long as it goes to Miami”, explains the CEO of the Miami Dolphins and Hard Rock Stadium, the stadium around which the circuit is built.

The American continues. “Miami Gardens and all of South Florida is at the forefront of culture in areas such as fashion, art, music, food and sports. It’s a hugely appealing place. racing, we’re bringing in the best racing in the world. The technology, the engineering, “The best cars and the best drivers should really appeal to people who’ve never seen it. I think racing here can have a huge impact on people’s lives.”