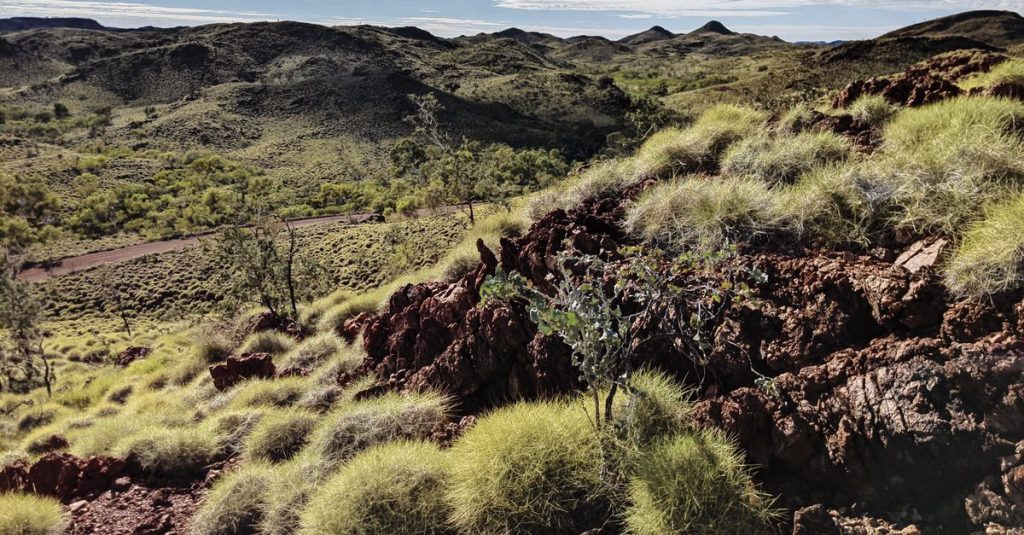 Huge meteorite impacts 3.6 billion years ago shattered the then still continuous thick crust. This is how the first continents appeared and continental drift began.

This stems from analyzes of ancient crystals as thin as a human hair. These crystals come from a piece of continental crust over three billion years old in Western Australia. This area, called the Pilbara Craton, is one of the oldest intact pieces of continental crust on Earth. Geologist Tim Johnson from Australia’s Curtin University and colleagues share the results this week in the magazine Nature. This confirms a theory already proposed in the 1960s.

The formation of continents and plate tectonics are complex

Earth is the only known planet where gigantic individual continents and oceanic plates are constantly sliding past each other, colliding and plunging under each other. They do this at about the same rate as fingernails grow.

Geologists know how new continental crust forms today. When an oceanic plate slides under another oceanic plate or continent (subduction), the submerged plate slides deep into the warm interior of the Earth. There, the rock melts and its chemical composition also changes. Granite is created, the rock from which many kitchen worktops are made. Granite has a lower density than basalt, which is mostly made up of oceanic crusts. Because of this lower density, the large granite islands, or rudiments of young continents, float on the surface.

But how the very first continental crusts formed is a question that has puzzled geologists for decades. The young Earth did not yet have continents. The planet was entirely covered by continuous, submerged oceanic crust. So the way continents form today, via sinking plates, was not possible back then.

The current hypothesis is that the first continents were formed by processes inside the earth. But another idea is that the first continent was created by outside influence, by meteor impacts – a theory that was put forward as early as the 1960s. Calculations of impact craters on the Moon and Mars show that the young Earth must have been heavily bombarded with meteorites. In any case, there were many impacts until 3.9 to 3.5 billion years ago. And it is there that the oldest continents are formed. Evidence for the alternative idea was still lacking.

But now Johnson and his colleagues are offering evidence. For this they went to the Pilbara Craton. They analyzed 26 ancient stones. These stones contained very fine zircon crystals. Geologists were able to estimate the age of the crystals by the slow decay of uranium isotopes into lead isotopes in the crystals. Some were between 3.6 and 3.4 billion years old.

Johnson, from Australia: “And what happened to these old crystals – and therefore to the piece of old continent – we can see from the oxygen isotopes in the crystal.” Isotopes are variants of the same element: they have the same number of protons, but a different number of neutrons. “Due to various conditions, the isotope ratio of zircons changes.”

Isotope analysis of the oldest zircons shows that meteorite impacts melted the earth at the impact sites. Granite was formed by melting, as well as by subduction. The granite then surfaced through the lower density.

“Ancient zircons contain oxygen isotopes that could only have been there when the rock melted from the surface,” says Johnson. “Thus, analysis of rocks from the Pilbara craton shows that the melting started from above, as you would expect from a meteorite impact.”

A version of this article also appeared in the newspaper on August 11, 2022