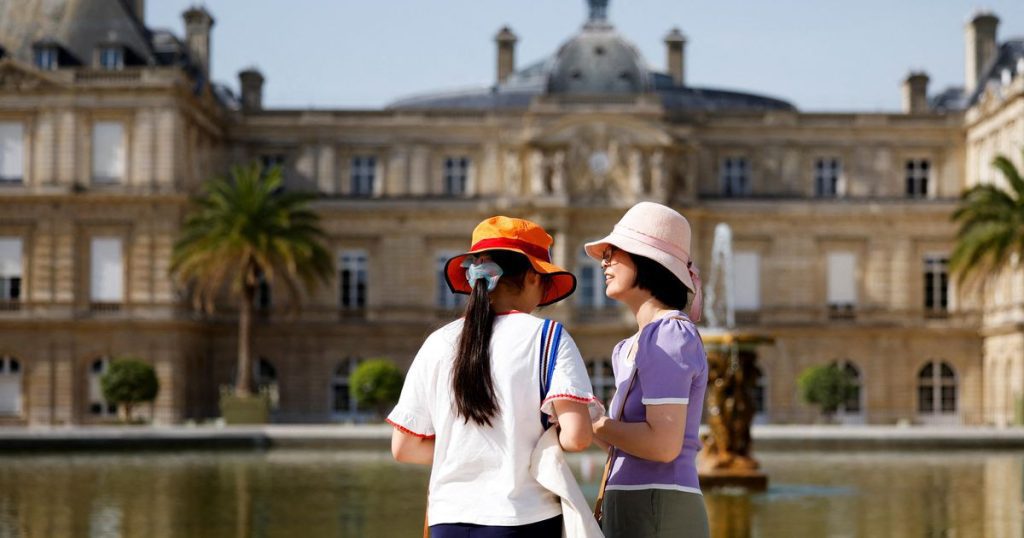 The red code was issued for eleven departments. In the southwest, people have to take into account a temperature of 43 degrees. Elsewhere in the country, it is now between 35 and 39 degrees. In combination with the drought, the danger of forest fires is very great. In the south of the Tarn department, according to the prefect, the firefighters have already been called three times on Saturday.

As far as we know, the extreme heat killed at least two elderly people. France Info reports that an 80-year-old man, who lay on a towel in the blazing sun, died on the beach at Pornichet, possibly from heatstroke. When he stopped moving, other swimmers sounded the alarm. Attempts to revive him failed. In the same area, an 82-year-old man died while swimming. The passage from the outside air of 35 degrees to the water, barely 16 degrees, was undoubtedly fatal to him.

Météo France forecasts thunderstorms for Saturday evening which will move into the country from the Atlantic coast. They can be accompanied by violent lightning and strong gusts of wind. Climate change should put an end to the heat wave, although it could last a bit longer in the east.