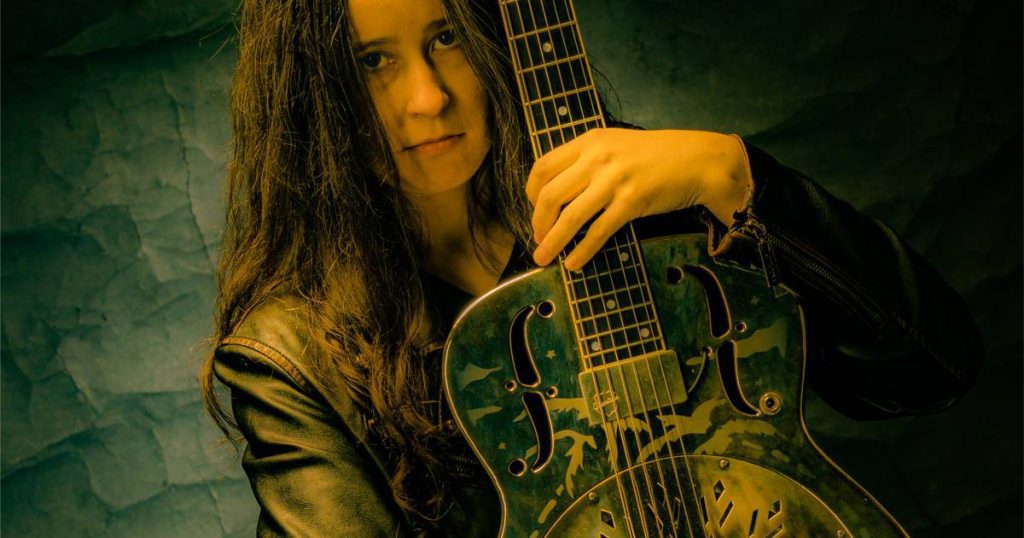 Wild horses, lonely cowboys, sudden storms, crystal clear rivers and towering buffaloes that intuitively advance when the time is right. Songs that seem more likely to have been born in the dusty South of the United States than in a village in West Brabant.

“I let my guitar lead”, says the creator of this music. ,,Moods and sounds ensure that words come intuitively naturally. The number buffalo arrived after watching the movie dance with wolves. Animals instinctively sense when they are done somewhere and need to move on. Apparently it’s different for humans. I noticed that this song comes to people personally.

The blues was soon in my life

Blackbird of the times

The singer-songwriter, born in Oosterhout, attended the music education academy in Tilburg, provides music lessons in special primary education and has his own guitar school. She has been performing solo on stages since 2018. ,,Before I was solo guitarist in VUIG, a band that played zydeco with Balkan influences. A typical Raamsdonk genre. Very cool thing to do. At home, however, I was playing different music. I wanted to go out with this.

Merel chose the guitar after starting solo at the age of twelve. Highway to Hell by Angus Young in AC/DC. ,,I couldn’t place the structure at first, but the sound and that energy fascinated me. The blues soon came into my life too. I heard Robben Ford with Talk to your daughter. That’s what I wanted to solo and improvise. After VUIG, the blues resurfaced. To expand my musical vocabulary, I started playing songs that Rory Gallagher had recorded. He played it differently. Pleasure, open-mindedness and power touched me enormously.

For the intended style of music, she needed a resonator (or dobro) guitar and a slide. ,,I had just bought a twelve-string guitar and the money for such a metal resonator was missing. I was allowed to borrow one and then kept looking for a used one. In Utrecht I found a 26-year-old copy. It’s pretty much the only one I still play on. It feels so good. This sound, these moods…”

Merel recorded his first full EP with this guitar. Just at home. ,,I was looking for a room with a nice reverberation. I just had this in my house: a long room in the 1842 building in which I live. I wanted my record to sound as pure as possible. Musician/producer Joost Verbraak said: then I’ll come to you with all the equipment and microphones. Because these microphones recorded everything, you hear noises and sometimes I breathe. It is very good. We had to stop every half hour. I live near the church and you could always hear what time it was, haha.

“Ghost In The Storm” was released via Howlin’ Chicken Records. You can also listen to it on Spotify.