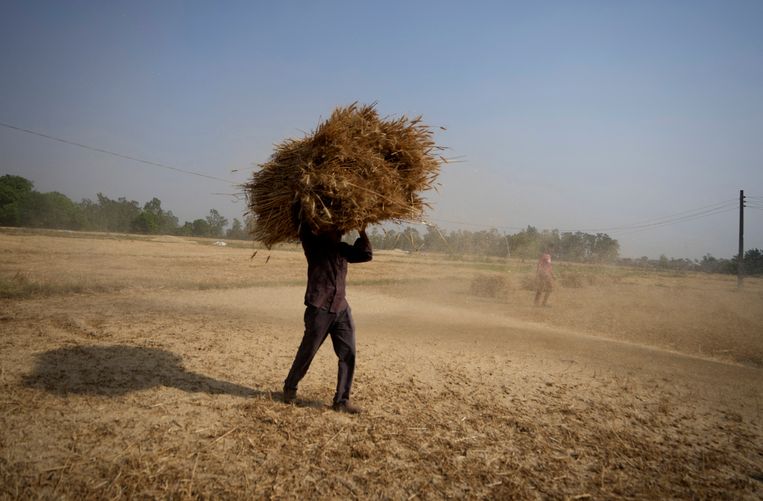 It is “the worst heat wave for 122 years”, according to various Indian media. Temperatures soared above 50 degrees Celsius in parts of India over the weekend. Large parts of northern and central India are experiencing an official heat wave. Even at night it remains warm, often the mercury does not drop below 30 degrees for 24 hours. “Before global warming, such high temperatures in India used to occur once every fifty years. Now every four years,” said Mariam Zachariah, a meteorology expert at Imperial College London. Several Indian states have closed schools due to the heat and electricity is regularly cut. It is also extremely hot in Pakistan There, the National Meteorological Institute warns of flooding from melting glaciers in the Himalayas. “For the first time without spring, we went straight from winter to summer,” said Pakistan’s Climate Minister: In early June, monsoon rains will bring some relief.

Reverse of the heat wave for Indian cereal production

In March, temperature records were also broken in India and Pakistan, which could have major consequences for the Indian grain harvest. India is the world’s second largest wheat producer, but exports relatively little grain. In early April, Prime Minister Narendra Modi said in a conversation with US President Biden that “India can feed the world”. It now looks like this year’s performance could be quite disappointing. The state of Punjab, India’s largest producer, is already registering 20% ​​less wheat delivered than at the same time last year. During the previous major heat wave, in 2015, the wheat yield per hectare had also fallen considerably. This has gone from more than 3,100 kilos to 2,750 kilos per hectare.