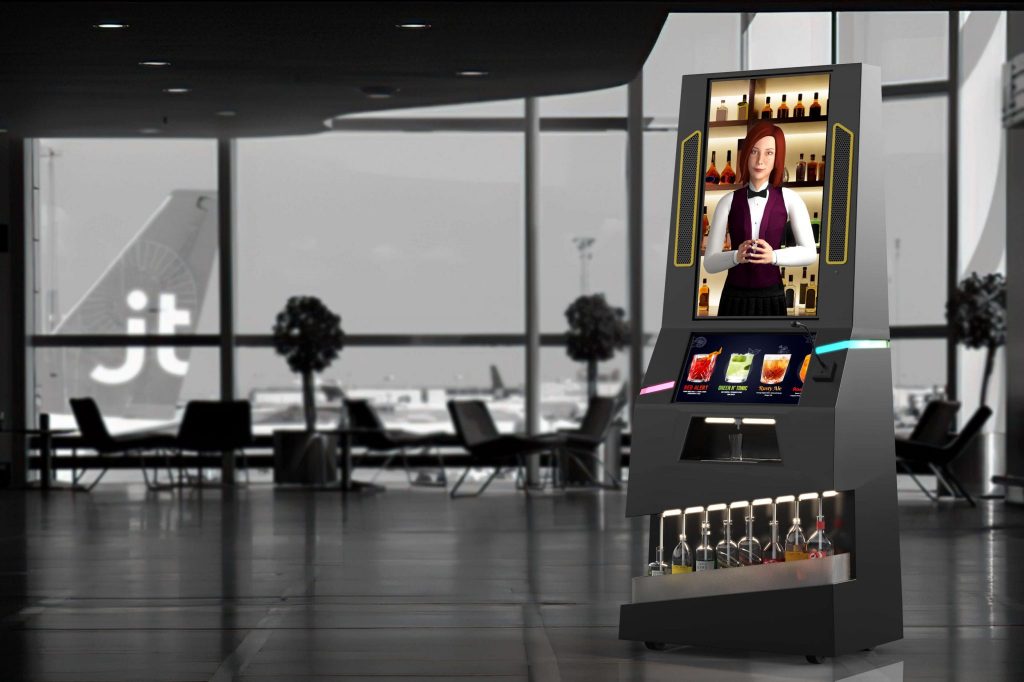 Cecilia’s story goes back three years. Before calling her Cecilia at GKI, they pitched the idea as a one-off project called ‘Botender’ to help a company stand out at an AI conference, featuring a voice-activated robotic bartender. set up in just a week.

After the success of this conference, she began to GKI to work on a new, more aesthetic unit which was temporarily called “Robobar”. It was functional, with better automation, with more customization options and, most importantly, we created an interactive 3D bartender inspired by the robot barman from the film ”Passengers“.

Robobar had a successful Israel tour, serving drinks to thousands of convention attendees while GKI customers including Cisco, NSO, Microsoft and others proudly hired him.

After the ‘tour’ they turned to the drawing board and started working on the latest version of the Robobar which would be suitable for events, but which could primarily be used in businesses. The robot is built with a sleek futuristic design, enhanced AI skills, a touchscreen, cool LED lights and a new female bartender who has become the face of the brand – Cecilia.

Cecilia is named after Mary Louise Cecilia “Texas” Guinan, actress and entrepreneur famous for running speakeasy bars and nightclubs in America in the turbulent 1920s. She was strong, influential and pioneer, just like Cecilia.

In addition to entertaining visitors and mixing delicious and precise cocktails, the robotic bartender is also capable of “ non-human ” skills, such as collecting data and analyzing it to obtain actionable insights, display of a screen with advertisements and a brand image, completely tailor-made. for any occasion, and work 24/7 without rest or break in the bathroom

Cecilia.ai is offered for sale as well as for rental. Businesses such as airports, hotels, and stadiums can buy Cecilia to cut costs, create a new revenue stream, or simply stand out and attract new customers with an innovative experience.