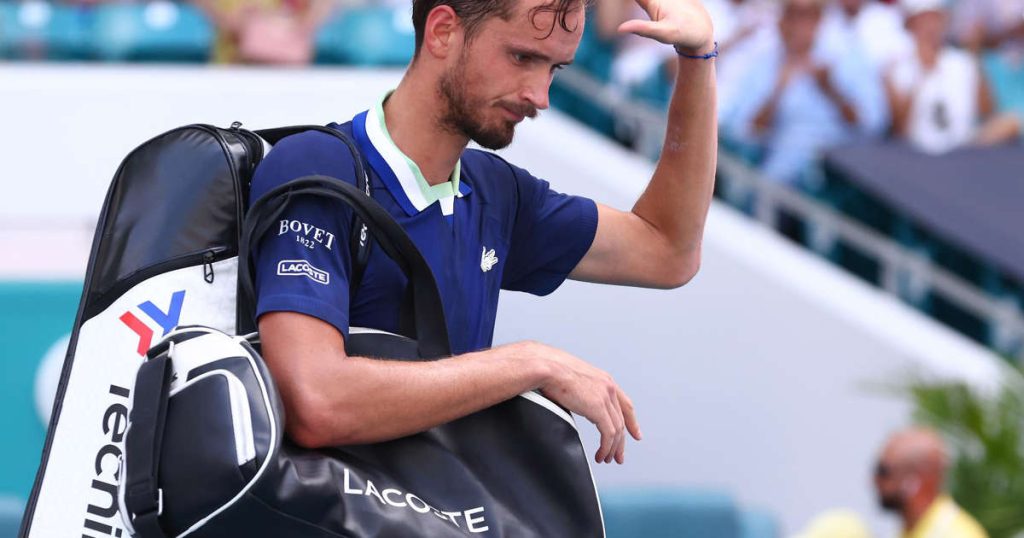 
Daniil Medvedev failed to replace Novak Djokovic as world number one on Thursday. In addition to a ticket to the semi-finals of the Miami Masters tournament, the Russian also took the lead in the ATP rankings.

Medvedev looked out of shape and fell short against world No. 10 Hubert Hurkacz. It was 7-6(7) and 6-3 for the Pole, in a game that lasted around two hours.

More than a month ago, Medvedev reached a milestone by replacing Djokovic as world number one after two years. The 26-year-old Russian has been allowed to call himself the best tennis player in the world for the first time.

However, he couldn’t enjoy it for long, because three weeks later Medvedev again lost the number one position to Djokovic. However, the Serb was missing last week in Indian Wells and this week in Miami as he is not allowed to enter the United States due to his unvaccinated status.

Medvedev appears to be suffering from the heat

Medvedev had had a trouble-free tournament in Miami so far. He successively beat Andy Murray, Spaniard Pedro Martínez and American Jenson Brooksby, each time without losing a set.

It went less well against Hurkacz. The Russian wasn’t in control for a while and wasn’t completely fresh. Led 4-3 in the second set, he requested a medical time-out. Medvedev looked dazed and embarrassed by the heat.

Hurkacz faces Spanish talent Carlos Alcaraz in the semi-finals of the prestigious Miami tournament, who beat Serbian Miomir Kecmanovic after 2:30: 6-7 (5), 6-3 and 7-6 (5). The other semi-final opposes the Norwegian Casper Ruud to the Argentinian Francisco Cerúndolo.