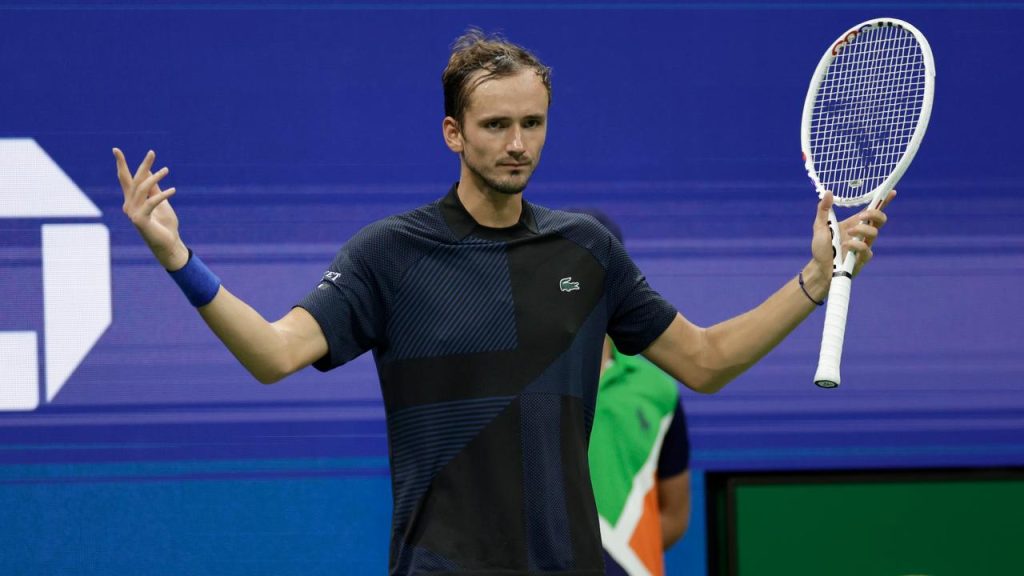 After his elimination from the US Open, Daniil Medvedev is full of praise for Nick Kyrgios, who beat the world number one in four sets in the fourth round. Medvedev sees the Australian win the Grand Slam in New York.

Kyrgios won overnight from Sunday to Monday (Dutch time) 7-6 (11), 3-6, 6-3 and 6-2 against the defending champion. “The competition was at a high level,” Medvedev said. “He played today with Novak Djokovic and Rafael Nadal, they are all great.”

“Nick is such a tough opponent, he has a great serve,” the Russian continued of his opponent. “If he maintains this level, he has every chance of winning the tournament.”

Medvedev said he was not in top form, partly due to the air conditioning in the United States. “I felt sick. The air conditioning here is crazy. I had a bit of a sore throat. It played a role today. But that’s no excuse, Nick played really well.”

Kyrgios: “I loved every moment”

Kyrgios was delighted with his game afterwards. “I had a lot of fun and loved every bit of it. It’s a great experience to beat world number one on Arthur Ashe.”

The 27-year-old Australian has been open about the mental battle he has endured over the past few years. “I felt like I was very selfish when I had mental issues.”

“I felt bad and didn’t want to play,” Kyrgios continued. “But then I looked at the people who are close to me and how much I let them down and I didn’t want that anymore.”