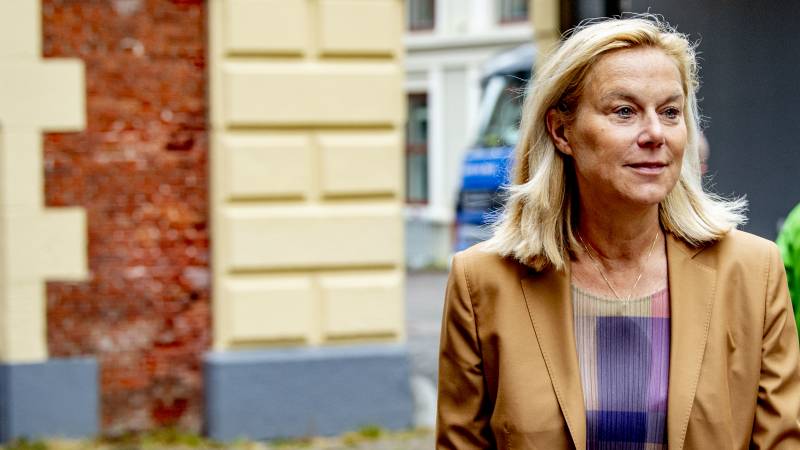 Journalists should make it clearer what adjustments can be made to the programs afterwards. To this end, the journalistic code of the public broadcaster needs to be strengthened. This is the conclusion of Margo Smit, ombudsman of the NPO, who explained the making of the VPRO documentary on D66 leader Sigrid Kaag. examined.

Published end of June No style requested documents showing that D66 and the ministry interfered with the content of the VPRO documentary Sigrid Kaag: from Beirut to the Binnenhof. The Ombudsman investigated the role of VPRO. The actions of the Ministry of Foreign Affairs or the D66 were not examined.

According to Smit, the manufacturers haven’t made any major mistakes. However, “at crucial moments in the making” they suggested that there was still too long room for adjustments on the part of the ministry or the party.

“In the end, the manufacturers did not give in on these points”, explains Smit. “They should have been stricter with the tuning deals. It felt too long like there was still room to watch it.”

Documentaries come in many forms, from very personal to purely factual. In this case, the VPRO said that journalists do their work independently, according to the mediator. According to Smit, this places the documentary directly in the journalistic corner, to which journalistic ethical standards also apply for subsequent adjustments.

According to Smit, the journalistic code must be strengthened to avoid any ambiguity. This code, which was drawn up for the journalistic programs of the public broadcaster when he took office on January 1, 2017, now states that “a journalist is free to determine for himself how he treats comments and remarks emanating from a journalist. source that makes a publication available. for inspection. “acknowledged. Factual inaccuracies should be corrected.”

Too succinct, in Smit’s opinion. She would like to see an extension that also mentions the context and the privacy violation. Even then, there will still be talk, says Smit, and it’s certainly not the intention to shut down all programs ahead of time, but it is already overcoming many points that she now sees going wrong.

Smit: “In the documentary, Kaag made a comment to the hairdresser, which seemed to be about politics. Actually, it was a personal thing. It’s good if it’s clear in advance that it will be. adjusted immediately. “

According to Smit, it is customary to negotiate on the content of the programs. “Politicians and organizations try to influence your work, it’s up to journalists to set limits. They need to be much clearer about what they do and what they don’t allow. Enforcement of the code is a task of the mediator. “

VPRO is coming reinforced felt by the judgment, because according to the mediator there is no influence that violates journalistic rules.

Editor-in-chief Stan van Engelen: “The report confirms the view that we have always taken that the film was made independently. The reviews from last week touched us and we take them seriously. We think it’s very important that we can continue to make films about the people in the center of power. It is an important task of journalism. We will work with the ombudsman’s recommendations and develop them in our own investigation. ‘