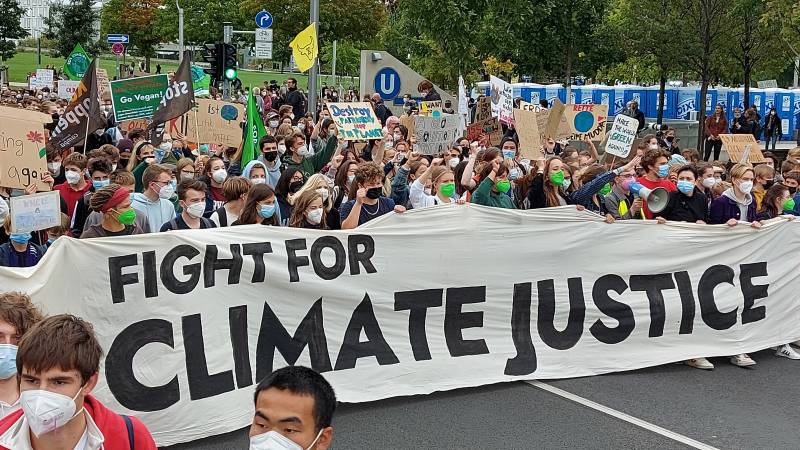 Young voters in the minority

Especially for young voters, the climate is the central theme of this year’s elections. However, they represent only a small proportion of the German electoral population: only 14% of eligible voters are under 29, while almost 40% are over 60. This is one of the reasons Angela (71) and Angelika (66) are here. .. also today. “Precisely because we, the older voters, are in the majority, we have to show solidarity with the young,” says Angela. “Life isn’t all about more, more, more.”

Angelika adds that an event like this shows great solidarity between the generations: “In politics everyone only pays attention to contradictions. “

According to Klaus Hurrelman, professor of sociology at the Hertie School of Governance in Berlin, you can see exactly what political influence young people have here: “As voters they are perhaps a little under-represented in numbers, but with their idealism, they do. have political influence at the kitchen table. “They talk to their parents and grandparents, and they get them to vote. Otherwise, the Greens would not double their number of seats in the Bundestag in the polls now.”

Somewhere on the large lot in front of the Reichstag, Ulrike – in her mid-thirties – is also standing with her two toddlers. “I think it’s important that my children, no matter their age, literally see that we have to stand up for the climate. There is only one land, we have no alternative,” she said. .