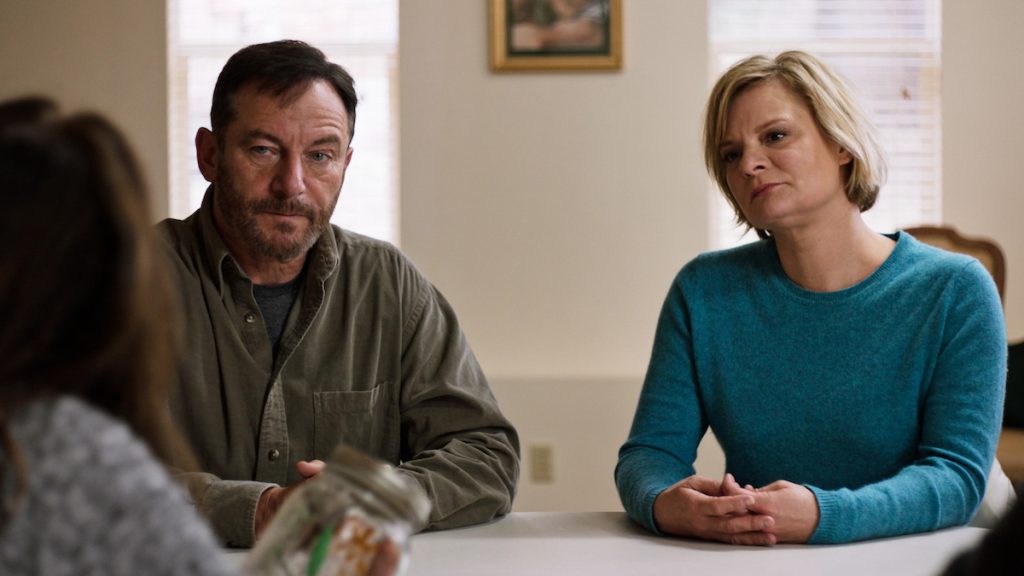 The Heartbreaking Mass is a classic conversation film. The kind of movie that grabs you in minutes with words and great acting and doesn’t let go of you for a second.

Few terms sound as silly or lazy on paper as the term “talk movie.” Put a few actors in the same room and ask them to act out a scenario. Very easy, yet? On the paper has Mass all the characteristics of a classic talkie. The cast is fairly minimal, with four main characters and a few minor supporting roles, the film takes place almost exclusively in one location, and the budget was under $300,000.

always feels Mass much bigger and more overwhelming. Behind the many words spoken in this film lies a deep tragedy, full of painfully healed wounds. We find ourselves in a barren back room of a dingy church for most of the film, somewhere in an unnamed town in America. At the beginning of the film, a volunteer sets up chairs and a table. In addition, everything in this room should be “neutral”. Any kind of cheerfulness or sociability could possibly distract those present. It is clear that something big and painful is about to happen here.

Moments later, we see two couples enter (Jason Isaacs and Martha Plimpton; Ann Dowd and Reed Birney), escorted to the room by a lawyer. Is it mediation? A neighborhood conflict that must be fought in a neutral place? No, the tragedy that these four people carry is much greater. It would be a shame to reveal what exactly the conversation boiled down to, but it’s clear that a heartbreaking incident has occurred involving the sons of both couples. One of them is an aggressor, the other a victim. But how does this apply to parents?

In his first film, director and screenwriter Fran Kranz plays a clever game with the viewer by revealing the event later in the film and not automatically granting sympathy to the victim’s parents. This creates a fascinating game of words and emotions, in which the four protagonists must delve deep into their own souls. The actors all do it very well, although you will especially remember the interpretation of Ann Dowd. In an ideal world, she would have won an Oscar for this wonderful role.

What an overwhelming visual experience Mass. It may not be a pleasant outing for a Saturday night, but it’s a film that will haunt the tear ducts and the head for a long time to come. A “simple talking film” can also achieve this.