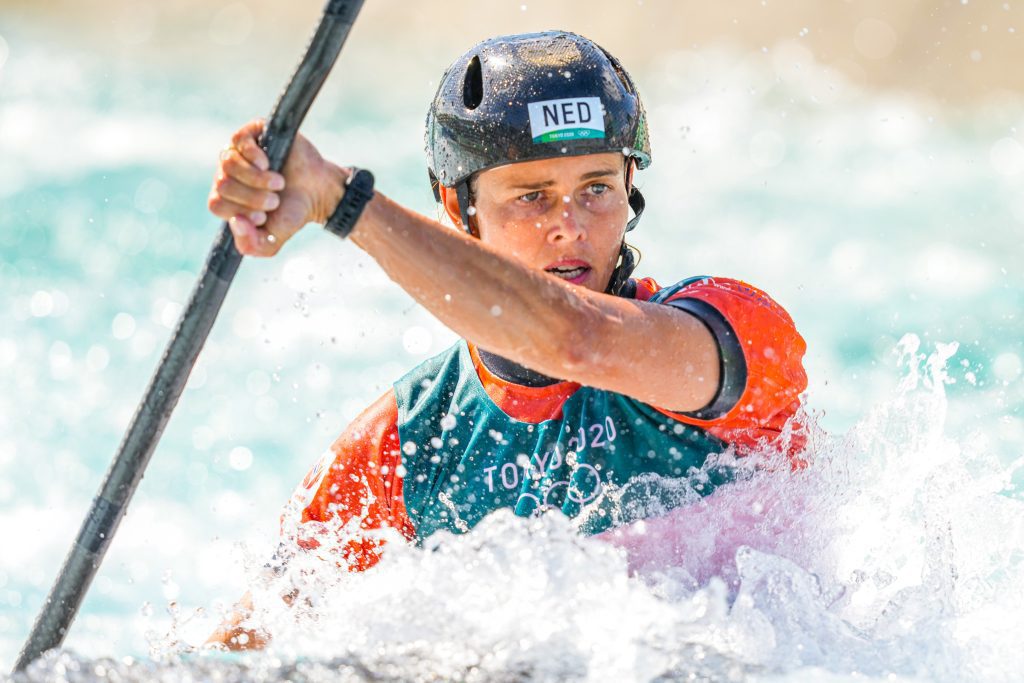 The Canoe Slalom World Championships will be held in Augsburg, Germany from July 26-31. From the Netherlands, Martina Wegman and Lena Teunissen will be at the start. Wegman narrowly missed the podium at the European Championship in Slovakia in May this year with a fourth place finish. It had been a historic Dutch medal in the sport of canoeing. The objective for her in the World Cup is therefore at least a last place with full focus on the podium.

Since the start of this year, Wegman and Teunissen have shared the same coach, Spaniard Telmo Olazabal. Olazabal has coached/coached Wegman for quite some time, since 2019. Under his guidance, the New Zealand resident achieved 7th place at the Olympics. A great success.

The two Dutch canoeists trained a lot together during the pre-season, including in Dubai. In addition, the team has been expanded with a physical trainer and a physio from NOC*NSF. †This allowed us to have an even broader base with a good training plan. Both ladies are fit and strong and that gives a lot of confidence for the seasonOlazabal said.

Lena Teunissen: ‘My start to the season was not so easy due to an injury and a virus. Now I’m finally back on track. At the last World Cup in Slovenia, I was happy with my run to the semi-finals. Unfortunately, I got stuck there. But I can go to the World Cup in Augsburg at the end of this month with a feeling of satisfaction. I know the track well because I live in Augsburg and I train there. It gives me a lot of confidence.

Martine Wegman quickly dropped out of the World Cup in Slovenia. †It has to do with the fact that we focused on the World Cup and trained a lot for it. It caused fatigue in the World Cup, which resulted in a lesser result,” Olazabal said.†

†It really is a spectacular new discipline in the sport. You sail with four canoes at the same time and contact is allowed. This requires a completely different strategy than canoe slalom. It’s harder to predict. This is why the results vary so muchOlazabal said.

The favorites at the Canoe Slalom World Championships are mainly German participants. They navigate their own waters and that always brings benefits. In addition, Australian Jessica Fox, gold medalist at Tokyo 2021, is a formidable opponent.