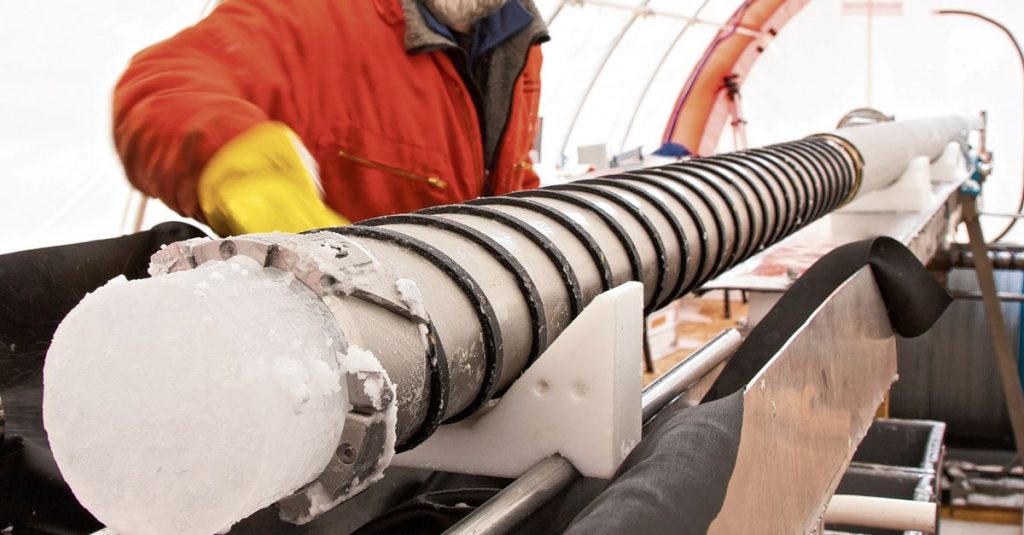 Since arriving in New Zealand (about 800 years ago), the Maori have been burning forests there on such a scale that the effects can be measured in Antarctica, over 7,000 kilometers away. According to the research of an international team of geophysicists, published on wednesday in Nature.

New Zealand is one of the last areas to be colonized by humans. In the 13th century, the Maoris arrived in New Zealand from eastern Polynesia by canoe. At the time, about 90 percent of the islands were covered with forest. Almost immediately after their arrival, the Maori began to burn the dense forests on a large scale. This allowed them to move there to hunt and create space to grow food, for example sweet potatoes, taro or yams. Today, only a quarter of New Zealand is forested.

These wildfires release soot just like the burning of fossil fuels today. The presence of soot particles in the atmosphere is – after carbon dioxide emissions – the greatest climatic influence of human activity. This is partly because these black particles absorb sunlight and thus warm the atmosphere. The Maori fires appear to have taken place on such a large scale that the concentration of soot in the atmosphere in large parts of the southern hemisphere has been dramatically increased. Researchers demonstrate this using ice cores from Antarctica. The soot particles released by the fires traveled great distances in the wind and rushed to Antarctica, where they are stored in the ice caps. Temperature differences throughout the year provide a recognizable seasonal variation in snow composition. This allowed the researchers to count the annual layers in the ice cores. This way it is possible to know how much soot has precipitated and when.

The researchers then used atmospheric models to calculate where this soot came from. The soot particles remain in the atmosphere for a relatively short period of time, only a few weeks, so the particles must have reached Antarctica during this period. Three candidate regions remained: Tasmania, Patagonia and New Zealand. The first two could be excluded. At the time, they did not burn enough there, according to the remains of charcoal from that time.

The indigenous people of Tasmania and Patagonia burned much less than the Maori anyway. In these two regions, the amount of forest fires is much more closely related to climatic variations, indicating natural forest fires. The soot peak began to appear in 1297, exactly when the Maori were living in New Zealand.

Read also : Wilderness has not existed for 12,000 years

According to Toon van Meijl, professor of cultural anthropology at Radboud University and specializing in Maori, the forest fires started by the Maori have gotten out of hand: “Archaeologists describe this as an ecological disaster. The fires had huge implications for nature. Over 35 species of birds have gone extinct, including many species of the famous Moa bird. Many fish have also disappeared. The Maori had no plans to start such large-scale fires, according to Van Meijl. “It doesn’t fit the Maori worldview. They maintain a balanced relationship with nature. They do not see man as being above nature, as we have seen in the West since the Enlightenment. Maori feel the presence of their ancestors in nature. You are not going to burn your own ancestors.

This is not the first study to show that humans have already left their mark on the global environment before the industrial revolution. In 2018, for example, researchers at the University of Oxford showed that lead emissions during the wars in the Roman Empire are reflected in the ice of Greenland. The first author of the Maori study, Joseph McConnell, states in a Press release from his institute, the Desert Research Institute in Nevada: “Even the most remote places on Earth were not necessarily pristine before the Industrial Revolution.

A version of this article also appeared in NRC Handelsblad on October 12, 2021

A version of this article also appeared in NRC on the morning of October 12, 2021