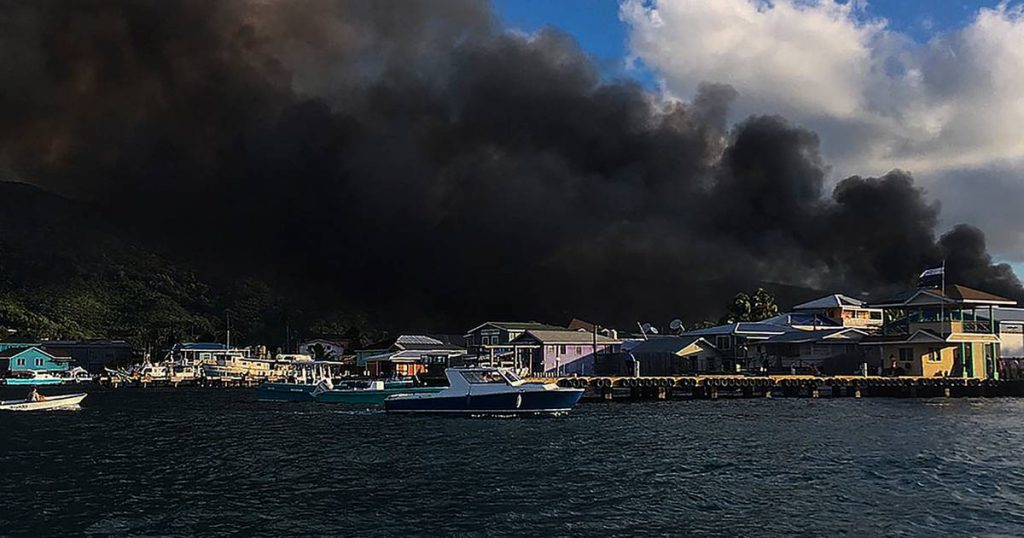 The small tourist island of Guanaja in Central America was hit by a violent fire on Saturday. A total of 120 houses were destroyed and 400 islanders had to be evacuated. Four were injured. In the meantime, the fire is under control.

The island measures just 19 square kilometers and is located off the coast of Honduras. About 6,000 people live there, mainly from tourism. A large fire ultimately destroyed 120 houses.

The fire started on Saturday morning, but was able to spread quickly. The fire was only brought under control in the afternoon, after the deployment of army helicopters.

Videos released by local media show the devastated area. The origin of the fire, which broke out in a house by the sea, is still unknown.

The island of Guanaja, with an area of ​​19 square kilometers, is one of the three islands in the Bay of Honduras, along with those of Roatan and Utila.