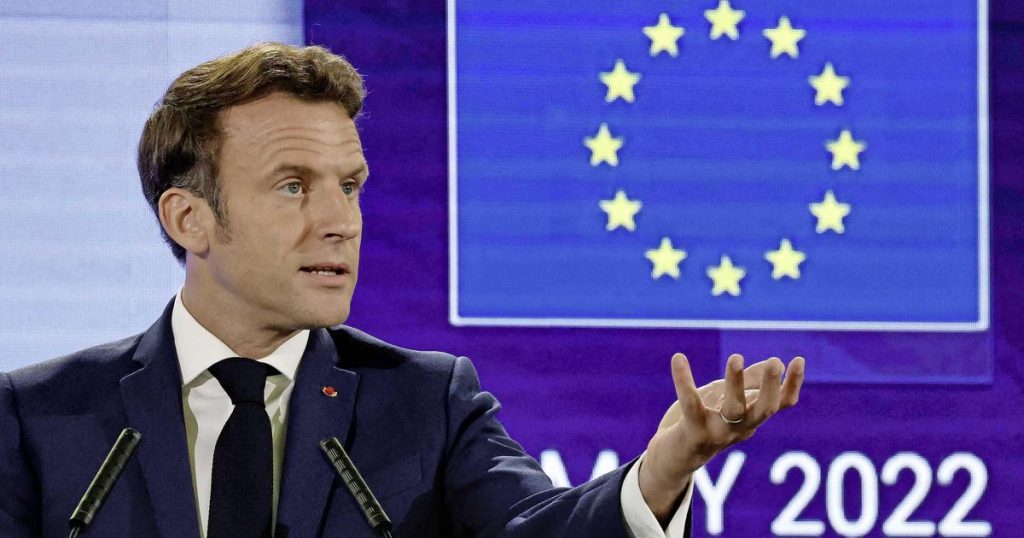 “We need to simplify our work and clarify our goals,” Macron said. “The current rules and agreements are not intended to address the historic crisis of today and tomorrow.” If it belongs to the French president, member states will relinquish power by, for example, removing veto rights in foreign policy, and Brussels will be given new powers. France, currently president of the EU, wants to discuss the idea of ​​a Convention at the summit of European leaders in June.

A majority of the European Parliament already voted in favor of the arrival of a Convention last week. On Monday, Brussels also backed the idea. “I am satisfied with this proposal, declared President Ursula von der Leyen of the European Commission. Let’s all work together. Without taboos, without ideological red lines.”

The European treaties define what the EU is and how decisions are made. Changing these rules usually involves years of negotiation. All Member States and parliaments must ultimately agree.

Such a major renovation usually begins with the convening of a Convention. At such a meeting, Member States and EU institutions will channel all ideas for reform. No convention has been convened since the entry into force of the Lisbon Treaty (2009).

The EU institutions use the Conference on the Future of Europe, a complex circus of meetings in which citizens have had a year to discuss the future of the EU, as their main reason. On Monday, Europe Day, dozens of proposals and hundreds of recommendations were officially delivered to EU leaders. Several ideas are in contradiction with the current European treaties.

Whether or not there is a convention will depend on the Member States. A majority must support the call. Germany and Italy support the idea of ​​a modification of the treaty, the Netherlands do not reject it in advance. But according to Politico, ten other member states are now rallying support against the proposal. They believe that the European Parliament is using the citizens’ conference to extend power at the expense of member states.

The previous Convention, which resulted in the birth of a European constitution, caused trauma in Brussels. In the Netherlands, among others, the Constitution was rejected by referendum. Many proposals ended up in the Lisbon Treaty, but the word ‘constitution’ disappeared.

Macron also proposed on Monday his own idea for the creation of a “European political community”. A kind of EU-light in which there is room for countries like Ukraine, Georgia and Moldova. Former EU members – he did not mention the UK by name – are also urged to work together on energy, security and free movement. The French head of state reiterated that Ukraine’s accession to the EU will take years, even decades.