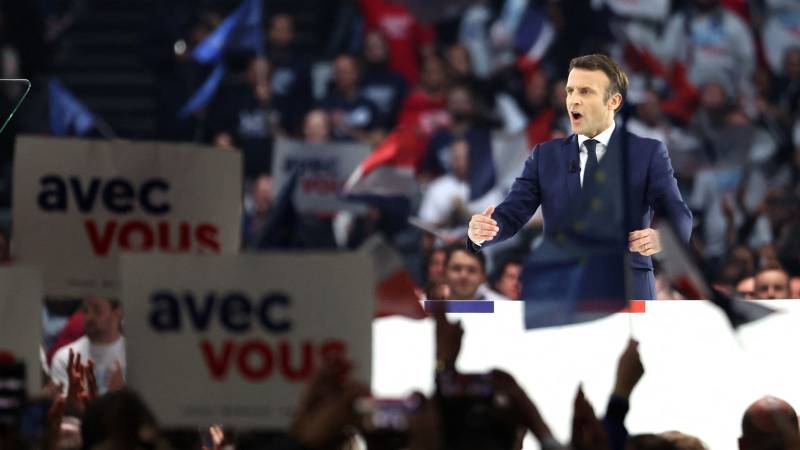 A week before the first round of the French presidential election, President Macron held his first and probably only major campaign rally. In a large rugby stadium in Nanterre, near Paris, he promised support for purchasing power and more social justice.

“Working people shouldn’t spend all their salary on fuel and groceries, it’s unfair,” said Macron, who is seeking a second term. He promised employees a tax-free purchasing power bonus of up to 6,000 euros. Businesses can pay this bonus tax-free to their employees.

He also promised more money to the self-employed. So far, his government has already invested 20 billion euros in lowering electricity and gas prices.

There were around 35,000 supporters in the stadium, who reacted frantically when Macron was greeted with fireworks on the podium. He also outlined plans to improve health care.

Moreover, as far as he is concerned, the minimum pension, with full employment, should be increased to 1,100 euros per month. However, he said he wanted to stick with raising the retirement age from 62 to 65, a plan that unions have balked at for years.

Migration, education, health and purchasing power are the main themes of the presidential elections. Macron is leading the polls. However, his main challenger, Marine Le Pen of the right-wing populist National Rally, is on the rise. The first round will take place next Sunday, April 10. The second round, between the two candidates with the most votes, will follow two weeks later.

This video explains the French elections: