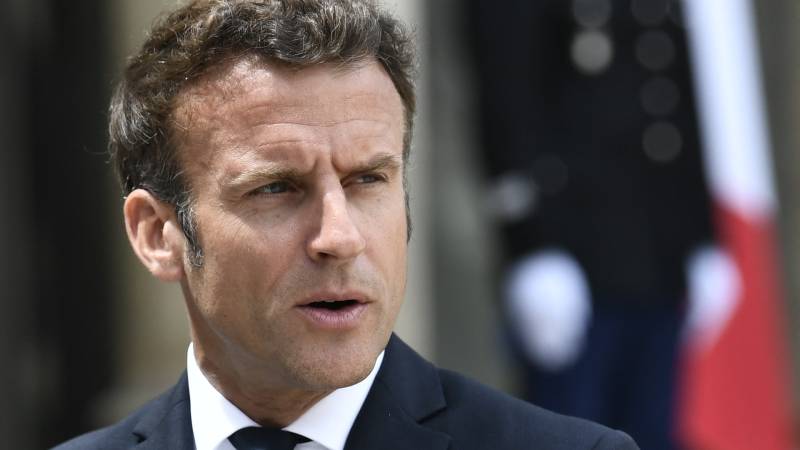 President Macron has made an impressive amount of working visits to the country this week. He spoke to young people from a poor suburb of Paris and traveled to Gaillac, in southern France, to discuss street safety.

It is not a coincidence. Emmanuel Macron is campaigning without calling him that. Legislative elections will take place tomorrow. Macron’s Renaissance party is doing well in the polls, but is being chased by a new coalition of five left-wing parties. So the president himself will show the French what he and his party are attached to.

“According to the polls, Macron’s party can now count on around a quarter of the vote. That’s about as much as the left-wing coalition now gets,” says Erwan Lestrohan of research agency Odoxa.

No cooperation on the right

Right-wing parties are split, so the vote of right-wing voters is fragmented. This plays to the disadvantage of these parties. “For example, the radical right party Marine Le Pen only has 20% of the vote,” explains Estrohan. In the presidential election two months ago, Le Pen finished second to Macron.

The battle for the electorate is therefore mainly between the left and Macron. And this is mainly due to left-wing collaboration. “For 25 years, the various left-wing parties have not once formed a coalition in the legislative elections. Now they have done so and this increases our chances of victory, of a majority in parliament,” said Aurélien Taché, one of the candidates. on behalf of the left coalition.

This new partnership is called Nupes in full, the New People’s Ecological and Social Union. Socialists and Communists participate, as do the Greens and the radical left party La France Insoumise (LFI). Jean-Luc Mélenchon is the director of LFI. He came third in the first round of the presidential election earlier this year, just behind Le Pen.

Mélenchon says he wants to become Prime Minister if the left wins the legislative elections. But we are not there yet. Due to the complicated electoral system, it is still unclear who will emerge victorious.