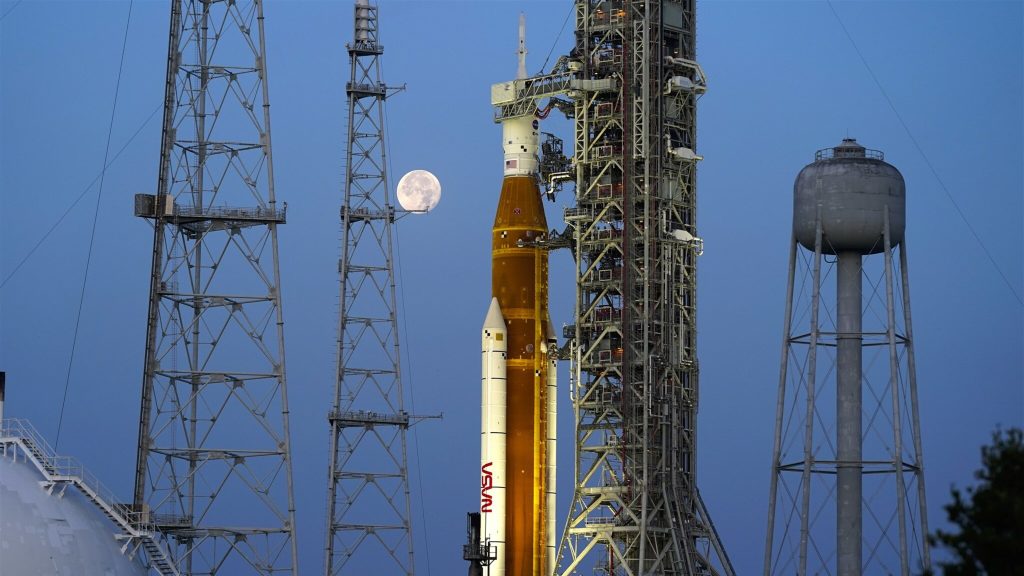 Let’s talk about the shows first. Earlier we wrote about pollution from Elon Musk’s Space X rockets. The launch with the tourist crew was roughly equivalent to the emissions of 100 cars in a year or an Amsterdam – New York flight.

What about these lunar missions? “The emissions from the rockets used are mostly water,” says Professor Icke. These are liquid hydrogen and liquid oxygen, which together produce water “and that is quite harmless”. Next to this rocket are boosters, propellants, they are polluting.

How to pollute is not entirely clear. “These emissions are not new, but compared to industries, the total amount is small, if not negligible.”

But scientifically, we learn a lot, don’t we? Enthusiasts will no doubt declare that the pollution – big or small – outweighs the benefits. “That’s a trickier point,” Icke says. “The scientific value of the man on the moon is nil.”

“I don’t understand much about it”

A strong statement. Have we nothing to do with it? According to the professor, humans have no business in space. “If you want to know how something works, you send instruments. Those carts to Mars, for example, collect a lot of scientific information, without requiring a lot of effort. A human being is simply an unreliable measuring instrument.”

Space travel is often perceived as a competition between countries or world powers, and this is also the case here, explains the professor. “I don’t understand much about it. Trying to brag is human nature, but do it at the Olympics. It’s a way of asserting yourself. I’m an astrophysicist, I’m not competing with colleagues other countries. They do that in space travel. There’s hardly any collaboration.”

“It teaches us a lot about our land”

No cooperation? Not scientific? Philippe Schoonejans of the European space agency ESA sees a lot of cooperation. And such a lunar mission does indeed provide a lot of knowledge, he says.

A great contrast to previous lunar missions. “At the time, the only objective of the Americans was to go to the Moon before the Russians.” Because the Russians already knew how to put a human in space.

Now the goal is much more scientific. “The rocket goes to the south pole of the moon, where we can learn a lot about geology, because the general theory is that the moon was once attached to the earth, so what we find there also teaches us a lot about the earth. herself . .”

What can you find then? Rock. “The South Pole craters, which have been without light for 4.5 billion years, are completely intact. This rock should be very similar to the formation of the earth.”

These stones can then be compared to what can be found on Earth. “But it’s also basic science. We just want to know more about the origins of the entire solar system.”

Still, Professor Icke is not convinced that a manned mission is necessary for this. “It’s very exciting, I won’t deny it. But it’s not substantial. Countries want to show they are the best. Let’s not sell it under the guise of science, because it’s cheating.”

ESA’s Schoonejans acknowledges that the purpose of the lunar mission is not purely scientific. The lunar mission is also used to prepare for other trips, such as to Mars. “It’s very difficult, we can’t do it yet. You can very well test methods and techniques on the moon. You’ll be back in a few days. The moon is so much closer than Mars.”

The human urge to explore

Thus, the lunar mission will provide us with the technology to go to Mars. But why should we go there? “It has to do with people’s urge to explore. People want to look beyond their noses.”

He does not agree that man has no place in space. “A human being is flexible and can make ad hoc decisions, with robots – however awesome – it’s much more difficult.”

Whether such a manned mission is scientifically useful or not, it certainly brings something positive: inspiration.

A difference with the lunar missions of the last century is that the crew will be more inclusive. “They definitely want a woman and a person of color,” Schoonejans says. “Being inclusive is very important. ESA does that too. We also have a disabled astronaut in the recent astronaut selection.”

Professor Icke: “Inspiration is one of the few arguments I can do anything with. To be inspired by something, that something is possible.”