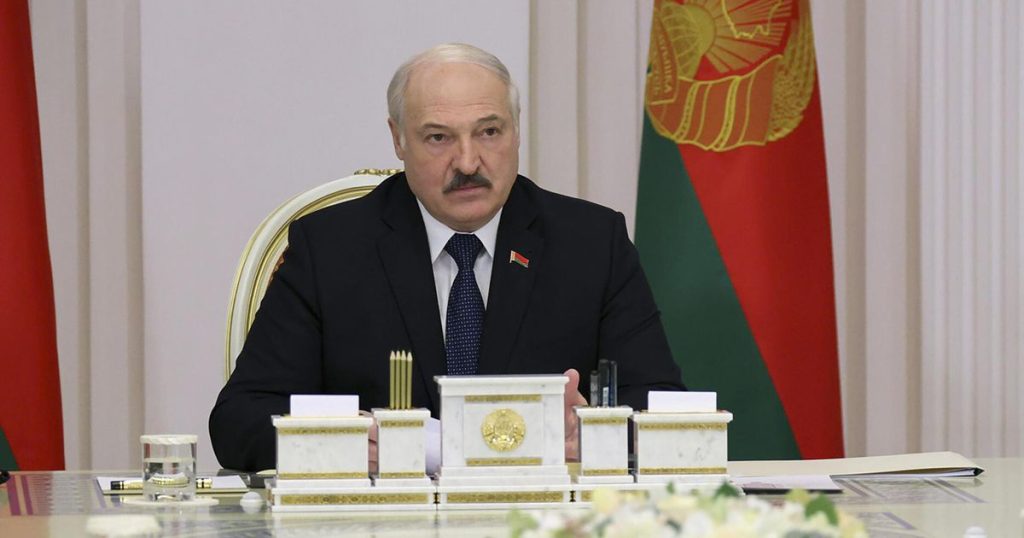 Thousands of migrants, mostly from the Middle East, have tried to reach the EU via Belarus from eastern Europe in recent months. They are arrested at the border with Poland, an EU member state, where tension is mounting. European countries accuse the Lukashenko regime of orchestrating a migrant crisis in retaliation for European sanctions.

Lukashenko did not object to the BBC that his troops are helping the migrants. “We are a Slavic people. We have hearts. Our troops know the migrants are going to Germany, “he said.” Maybe someone helped them. I’m not going to explore this any further. “

Lukashenko, 67, has also made it clear that he will not allow the migrants to be arrested at this time. “They don’t come to my country, they come to yours,” he told the BBC reporter. “But I didn’t invite them. And to be honest, I don’t want them through Belarus either.”

Lukashenko has ruled Belarus since 1994, which borders Russia, Ukraine and several EU countries. His controversial re-election last year sparked massive protests from Belarusian citizens who believe election fraud has been committed. Lukashenko’s security forces cracked down on this, leading to European sanctions.

Lukashenko’s main opponent, opposition leader Svetlana Tikhanovskaya, said he was not happy with the BBC interview. She believed the British broadcaster had given the president a platform to broadcast “lies and propaganda”.