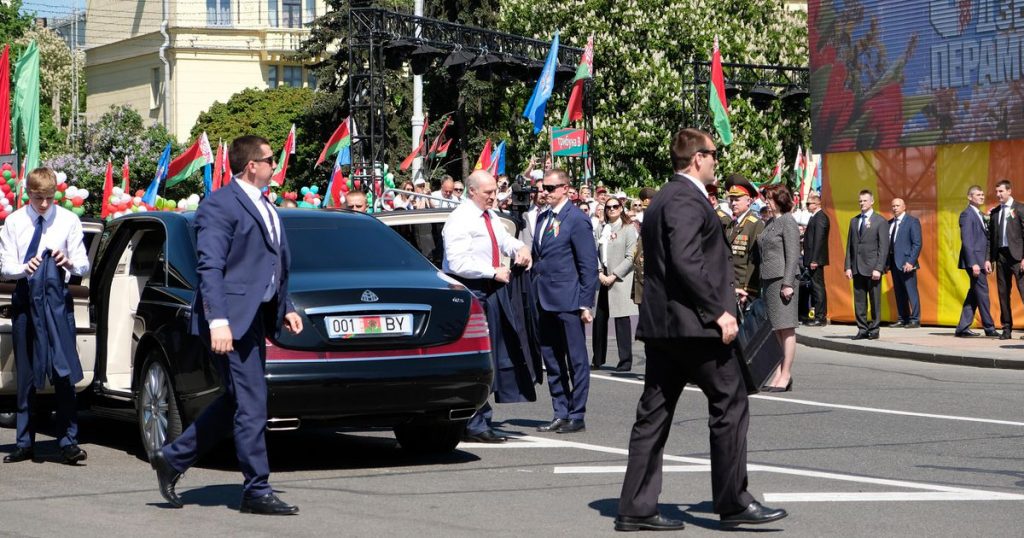 Lukashenko, 67, who ruled Belarus for 27 years, posed in a red uniform on the ice hockey rink and broadcast the “footage of the match” – including a goal attempt, boxing with a teammate and praise from the public – via its website. He also announced that his team beat their opponents outside the capital with 5-2.

Like his main supporter, Russian President Vladimir Putin, Lukashenko is a longtime fan of ice hockey who enjoys using the sport to present himself as a strong leader. He recently opposed the European Union with a “hybrid attack” by flying thousands of migrants, mostly from the Middle East, and encouraging them to cross the Polish border illegally.

In an interview with a Russian defense magazine published on Saturday, Lukashenko said he would like to place Russian nuclear-capable Iskander missiles in the west and south of the country. However, his office also announced that the President of Belarus had ordered the provision of humanitarian aid to refugees camped at the Polish border.