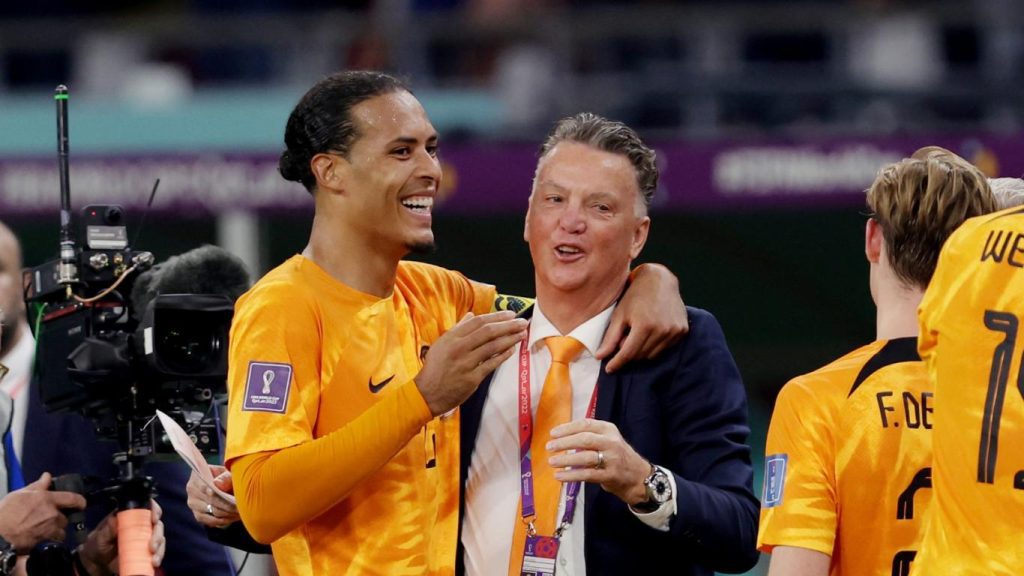 Subsequently, Louis van Gaal was delighted with the victory against the United States (3-1) and access to the quarter-finals, but also remains critical of his team. The national coach sees a lot of improvement in the Dutch national team in possession of the ball.

“I’m happy we won, but we can do a lot better. We did well when we had possession and in transition, but when we had the ball ourselves, we sometimes lost points. “, said Van Gaal for the camera. of the LIT. “I’ve been working for four games. We’re making progress. I’m more satisfied with the second half in that area.”

The national coach has deliberately chosen to leave more of the initiative to the United States. “We played provocative pressing to create space behind their defence. We also scored from there. Two goals were even real beauties.”

Van Gaal is also pleased with the important roles of Daley Blind and Denzel Dumfries. “Goals from one winger to another, yes I’m very proud of that.” He also paid a compliment to Andries Noppert. “America had three chances, one of which was already after two minutes. Andries’ save was very important then.”

On Friday, the Netherlands will face Argentina or Australia in the quarter-finals. “I’m glad we have two more rest days. We always had to go first. We’ll use those days well. Everything will be fine.”

We really did it together

Andries Noppert made similar comments. “We won and I’m very happy about that. We really did it together.” The goaltender was on a roll with some important saves. After three minutes, he has already made a crucial save. “As a keeper, it’s good when you catch the first ball. Then you’re right in it. It’s a completely different feeling than when you have to fish straight away.”

Denzel Dumfries was content with his own role in addition to having reached the quarter-finals. “We had some criticism as wingers after the last few games. I’m happy that, like Daley Blind, I was able to help the team. It gives us a huge boost.”

Blind accepts. “The first opponents collapsed more. Then there is not much space for us. They wanted to play football and we put less pressure on them. It created more space for us in the counter. “

Virgil van Dijk particularly praised the team spirit. “We scored two fantastic goals and then suddenly you conceded a goal. No idea how he came in, but it was a disappointment. After that we kept fighting and made it 3-1. That says a lot about this team.”

The captain also sees room for improvement. “It can still be better in possession. We are critical because we know we can play football very well. Now we will recover first and then set up a great display in the quarter-finals.”