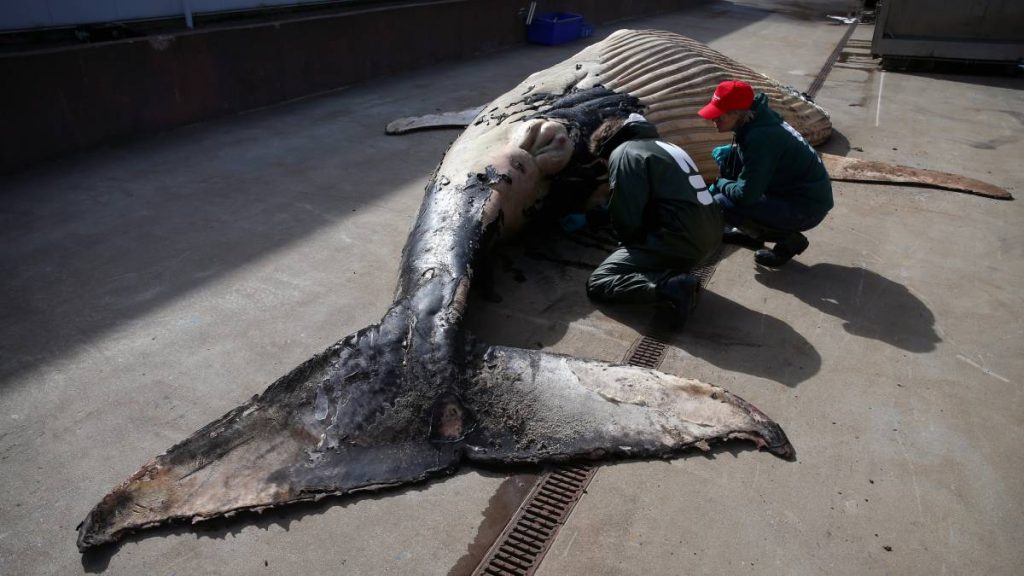 Three cetaceans sailing up the Seine, beaked whales stranded in Zandvoort, Belgium and Denmark, a humpback whale in Vlieland, then about three wandering walruses off Norway and in the Baltic Sea. Every year a few sea mammals get it wrong, but this year it seems like a lot.

The last in the series is a beluga who swam up the Seine. This animal normally lives in arctic regions, but sometimes it wanders away. An orca was also spotted in the French River in May and a minke whale appeared last month.

White dolphin in the Seine near Paris

Marine mammals in rivers are rare, and three in a row is pretty bizarre, says Nathalie Houtman of the World Wide Fund for Nature. Orcas and minke whales do not normally live in fresh water. Belugas sometimes swim in the mouth of a river, but especially in Canada. “Sometimes you see a marine mammal in a river, but it’s often short-lived. It’s not their natural habitat.”

The SOS Dolfijn hotline has seen the number of reports increase for years. However, that does not immediately mean more animals are washed ashore, a spokesperson said. “There are also more reports because more people have phones with them than before.”

Strandings in the Netherlands are tracked on whalestrandingen.nl. Guido Keijl has been doing this for Naturalis for more than ten years, but stranded marine mammals count for much longer: the oldest sightings date back to the 13th century. Even then, Keijl notes, whale species sometimes washed up on the shore that didn’t belong here.

According to him, the number of strandings is different every year. Since 2000, it has varied from 3 to 16 per year (not counting the more than 10,000 porpoises):

More than 98 percent of cetaceans stranded are harbor porpoises which (like minke whales) are found naturally in the North Sea. It’s also not always clear to other marine mammals why they end up in the relatively shallow and murky North Sea. This varies by species. Fin whales, for example, sometimes collide with a ship in the Bay of Biscay, Keijl knows, and if such a corpse hangs from the bow, it is transported with that ship to our coastal waters.

More often they are marine mammals that have wandered off in search of food. Climate change also has an influence on this, although it is difficult to say to what extent.

On July 19, swimmers managed to bring stranded beaked whales back to sea:

Steve Geelhoed, a researcher at Wageningen Marine Research, has noticed that in recent years more and more different species have washed up on European coasts. Live animals such as humpback whales are also more often spotted.

The humpback whale usually manages to survive in the North Sea, but there are also species that traditionally do not belong here. The possible cause is the stronger melting of the sea ice in the Far North in summer, explains Geelhoed. “The whales that live there search for food along the edges of the ice, where higher concentrations of food can be found. Without sea ice, they search for new feeding areas and sometimes wander.”

An additional problem is that dolphins and (toothed) whales such as the sperm whale use sonar to detect obstacles. “The North Sea is shallow with a sloping bottom, so they don’t get a signal and they think there are no obstacles, and before you know it they’re on the beach. “

Once failed, it often does not end well. Even if they manage to bring the animals back to the sea, they often get lost again and wash up on the English coast, for example.

According to Nathalie Houtman of the World Wildlife Fund, cetaceans, like other marine species, suffer from human activity. Maritime transport, fishing and climate change.

Some also point to the advance of offshore wind farms, which emit low-frequency noise. But if wandering marine mammals find themselves there, it is because they have already missed a turn somewhere, notes the researcher Geelhoed. “Also, their own sonar emits sound at higher frequencies, so they don’t pay attention to that buzz.”

According to Keijl, wind farms even have a pleasant side effect: fishing is not allowed, so there can be nurseries for fish. “And that’s good news for seals, dolphins and whales.”