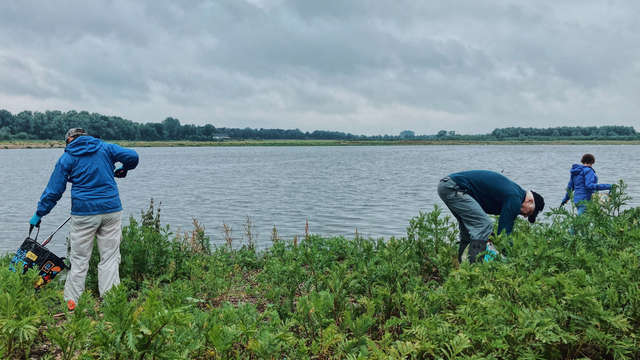 That’s why organizations like Maas Cleanup are proposing the “Maas in Law” initiative and starting a petition to get things done right.

A river with rights
This means that the river has rights and obligations, just like a person or a business. When there are 50,000 signatures under the petition, the initiators can speak in the House of Representatives. “This already exists in New Zealand, for example,” explains lawyer Nina Rijsterborgh. There, they made a group of interveners guardian of the Whanganui River. The people and organizations having this supervision can arise and act from the right of the river.

border region
“We need to discuss with The Hague how this can also fit into the Dutch legal system.” The lawyer thus cites an abrasive point of the case. After all, the Meuse does not stop at the Dutch border, but also crosses Belgium, Germany, France and part of Luxembourg. “We hope that our neighboring countries will be inspired by the action,” she said. Thus, the well-being of the Meuse can be considered at an international level.

“I often hear how people think it is good that we get rid of the trash here, but a week later we’re back to square one,” says volunteer Frank ter Windt. With his wife, he walks the bank of the Meuse every week to collect waste, armed with a garbage bag and a skewer. “Nobody really feels responsible for the Meuse”, he continues. According to Maas Cleanup, this must change.