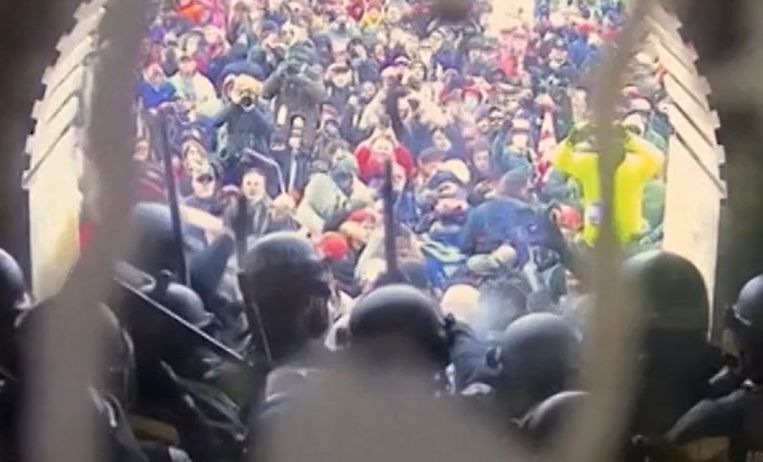 During the stampede, insurgents tried to prevent parliament from ratifying the victory of presidential candidate Joe Biden. Palmer, a 53-year-old man from Florida, threw a fire extinguisher at officers. He also hit them with a wooden plank. After his skirmishes, he appeared in front of the camera of a journalist present, wearing a Donald Trump cap. He said he had “done nothing wrong” and identified himself by name and place of residence. Two weeks later, he was arrested by the FBI.

Palmer apologized to court on Friday for his actions. He said he was “horrified” to see the footage again showing how he assaulted police officers. “I am very, very ashamed,” he said, according to US news outlet Huffpost.

The apologies did not prevent the judge from passing the most severe sentence to date for storming the building. Previously, it was in the name of Jacob Chansley, better known as “Shaman QAnon”, who had photographed himself extensively in the Senate Chamber of the Capitol with buffalo horns and a painted face. He was sentenced to 41 months in prison.

“It must be clear that any attempt to overthrow the government by force, any attempt to stop the peaceful transfer of power and attack law enforcement officials will be absolutely punished,” the judge told Palmer. “Show your children that even though we make mistakes and can do bad things, that doesn’t make us incorrigible.”

More than 700 Capitol Stormers have been charged to date. They are not all rebels. The FBI estimates that a total of more than 2,500 people committed crimes on Jan. 6, but federal police have yet to identify everyone.