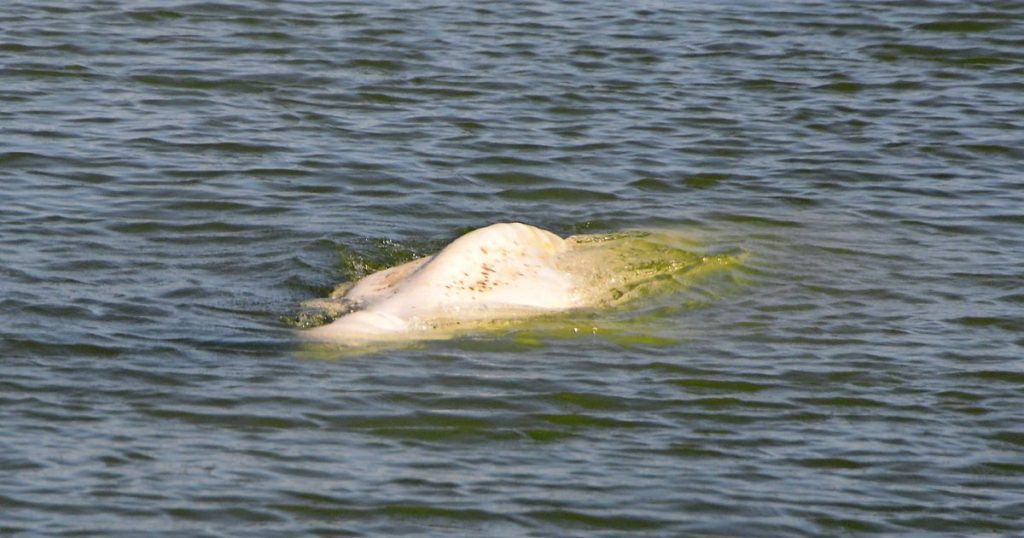 The four-meter-long animal was spotted for the first time on Tuesday in the Seine, about 70 kilometers from Paris. Remarkable because a beluga whale, also called a white dolphin, is mainly found in arctic and subarctic seas. It is therefore rare for the animal to be spotted in European rivers.

Scientists and authorities want to help the animal swim out to sea, but these attempts have so far been unsuccessful. The white dolphin, meanwhile, is also said to be severely malnourished. Frozen herring and trout had already been offered to the beluga, but the animal did not want it. It is therefore planned to give the animal a syringe containing vitamins so that it can regain its strength and resume the 160 km journey to the English Channel. Because letting the animal swim in the calm, warmer water between the locks is no longer an option, it sounds.

We previously made the video below about the animal. The article continues below the video.

“He should be moved in the next 24 to 48 hours. These circumstances are not good for him,” the head of the French branch of Sea Shepherd told AFP. “We all doubt his own ability to go back to sea. Even if we were to ‘float’ him with a boat, it would be extremely dangerous, if not impossible. »

Scientists say there is ‘little hope’ for the undernourished beluga. Spots were also seen on the white dolphin’s skin last weekend. It is not known what causes this. It could be a reaction to the fresh water from the Seine. The animal would also “sing” less and the animal reacts frightened.

We don’t know how to proceed now.

At the end of May, also in the Seine, an orca was spotted between Le Havre and Rouen. This animal did not survive. He had become trapped in the river and rescue efforts were unsuccessful.