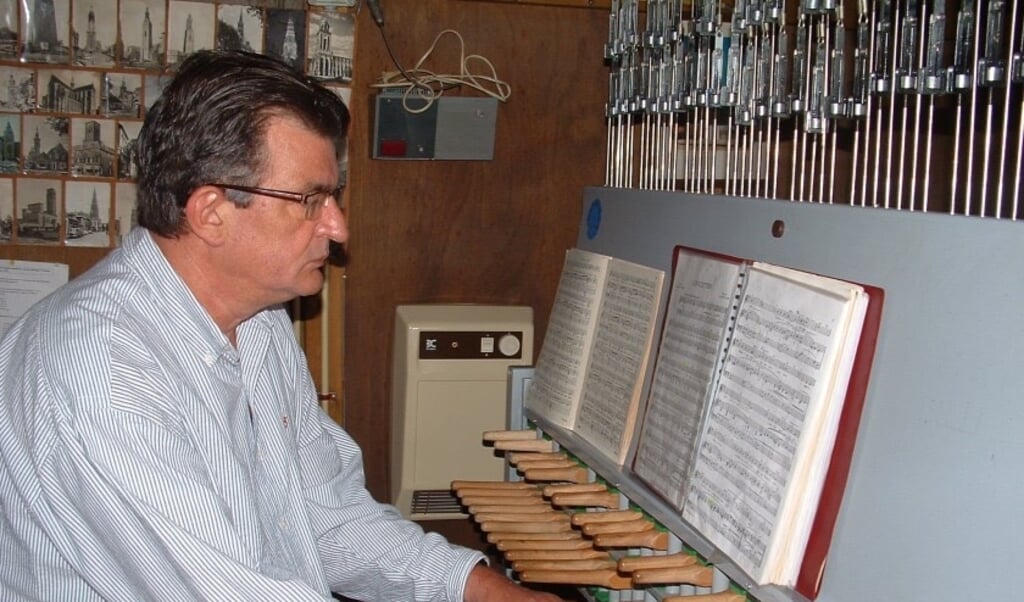 The 2022 summer carillon concert series at the City Carillon in Enschede is called “Old” Masters and is dominated by the former carillon teachers of the town carillonneur: Karel Borghuis, Peter Bremer and Frans Haagen. Esther Schopman: “Hence the title. Each summer month there is attention for one of my “former” teachers.

During the last concert of the series (August 7, from 1 p.m. to 2 p.m.), Peter Bremer (1956) is in the spotlight. Unable to give concerts himself, Schopman played a number of his carillon arrangements. However, he is invited as a listener.

For these carillon concerts, the St. Jacobuskerk opens its door every year, so you can listen to the bells in peace with a cup of coffee or tea.

Peter Bremer was born in 1956 in Vught, took piano lessons at music school from the age of eight and played the hammond organ and piano in various pop groups in the 1970s. also followed classical piano training with Alexander Hrisanide at the Tilburg Conservatory. After graduating from Atheneum-B, he left to study musicology in Utrecht. There he came into contact with Anglo-Saxon and Balkan folk music. He masters the accordion and plunges into the folk scene. As a street musician he was confronted with the Domcarillon in Utrecht. Then he realized that a carillon is the ultimate instrument for street music and enrolled in the Dutch carillon school in Amersfoort.

In the period 1978-1984 Bremer studied carillon with Leen ‘t Hart and Peter Bakker with the diploma of performing musician. In 1986, he obtained his master’s degree in musicology at the University of Utrecht. Since 1989, he has been entirely responsible for the carillon: he is the municipal carillonneur of Brielle, Culemborg, Haastrecht, Heusden, Son en Breugel, Valkenswaard, Vught and Zeist. From 1997 to 2002 Peter Bremer was a board member of the Dutch Glockenspiel Association. He gave guest concerts all over Europe and made several concert tours across the United States. He has represented his country on several occasions at international carillon congresses and has been president of the jury at international carillon competitions.

From 1992 to 2017 he gave carillon lessons to students and employees of the University of Twente. Also to our city carillonneur, during the last years of her studies in Applied Education (1992-1993) and when she was affiliated with UT as a university teacher (1999-2001). Esther Schopman: “Peter was my second carillon teacher. When he took over from Karel Borghuis, I had already mastered acting technique quite well. With Peter, I therefore mainly worked on interpretation. I learned a lot from him. Thanks in part to his guidance, I twice won second prize in an international carillon competition.

On August 7, you can listen to:

three times a lady, a song by American soul band Commodores. It was written by singer Lionel Richie after his father gave a speech to his mother on their 37th wedding anniversary in which he said “You are a wonderful woman, a wonderful mother and a wonderful friend”. Richie was inspired to write a waltz he dedicated to his own wife. It became a big hit: the single reached the top 5 of the charts in 25 countries. In the Netherlands, the song reached number three on the Top 40 and the National Hit Parade.

Georgia in my head, a 1930 song by Hoagy Carmichael. The song was written for Georgia Carmichael, Hoagy’s sister, but the lyrics could also be about the state of Georgia. It has been covered over 100 times. The best-known version is the 1960 version by Georgia-born Ray Charles. This song has been Georgia’s official anthem since 1979.

Windmills of your mind, written by French film and music composer Michel Legrand for the feature film L’Affaire Thomas Crown (1968). The theme seems to come from the Andante of the Sinfonia concertante for violin and viola by Wolfgang Amadeus Mozart (KV 364). Legrand received a Golden Globe and an Oscar for this film song.

Sicily from the Sonata in E flat major for flute and harpsichord (BWV 1031) by Johann Sebastian Bach. It was long believed that the sonata was written by his son Carl Philipp Emanuel, or that it was a father and son co-production. Due to a copy of Bach’s personal secretary with Bach’s name, it is still considered a JS Bach composition today.

Danube Well (Valurile Dunarii) by Romanian composer Iwan Iosif Ivanovici. This waltz is one of the most famous Romanian tunes in the world. The piece consists of a series of variations in Viennese style reminiscent of the music of Johann Strauss. Despite the Viennese touch, a Slavic style is clearly heard. Donauwellen was first published in Bucharest in 1880.