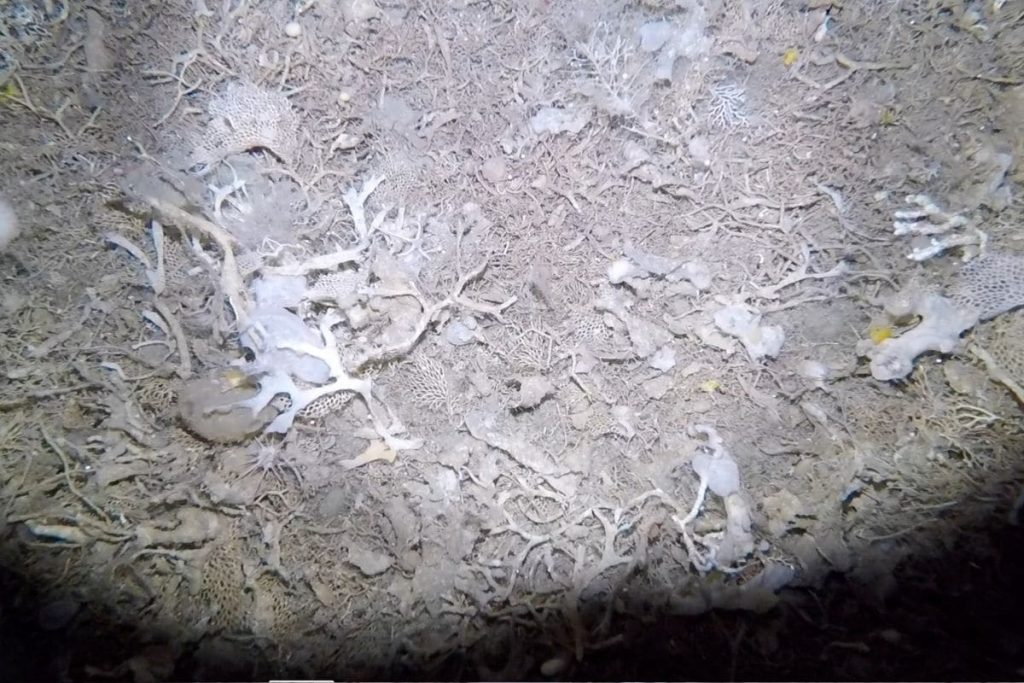 That life can thrive in such extreme conditions – in darkness and at very low temperatures – is a total surprise.

The lion’s share of the Antarctic coast is surrounded by pack ice or ice floes: large, floating expanses of ice fed by glaciers and attached to the land. Together, they cover nearly 1.6 million square kilometers of water and the underlying seabed. The underlying water is not very attractive due to the presence of these ice shelves; it is pitch black and extremely cold. And yet there is life in these waters. In reality; there is a thriving ecosystem with a wide range of species. The researchers write that in the magazine Current biology.

Ekstrom
They are based on research conducted under the Ekström Ice Shelf. This pack ice covers an area of ​​approximately 8,700 square kilometers and can reach 200 meters in thickness in places.

Boren
To better understand what lives under the sea ice, the researchers used hot water to drill two holes in the sea ice. They then collected and identified the life forms that lived in the waters and the seabed beneath this ice. And against all odds, that resulted in a lot more work than expected. For the waters have proven to be home to a great variety of species. “The discovery of so much life in these extreme conditions is a total surprise and a reminder of how unique and special Antarctic marine life is,” said researcher David Barnes.

In total, the researchers encountered no less than 77 different species, including bryozoa and tubeworms. “It’s great that we’ve found evidence for so many different types of animals,” Barnes said. But it also raises questions. “Most feed on microalgae (phytoplankton), but plants or algae cannot live in this environment. So the big question is how can these animals survive and thrive here? For now, algae living higher in open water are thought to feed under the pack ice. And apparently on such a large scale that the animals that live under the ice floe can not only survive, but in fact thrive; at least four of the species discovered under the pack ice were found to grow as fast as comparable organisms that lived in open water on an annual basis.

Almost 6000 years old
But it’s not just the wide array of life forms that amazed researchers. The extreme habitat turned out to be another surprise in store. For example, radiocarbon dating of fragments of dead animals lying on the seabed indicated that some of these animals died very recently and others 5,800 years ago. “So even though we’re three to nine kilometers from the nearest open water here, an oasis of life may have existed here under the ice floe for almost 6,000 years in a row,” the researcher said. Gerhard Kuhn.

Previous search
This is not the first time that researchers have taken a look under an ice floe. Previously, holes were also drilled in the ice floes so that cameras could then be used to see what was below. What makes this study special is that the animals that live under the ice floe were collected and identified. In addition, the wide range of species is also unique; more species have been found under the Ekström Ice Shelf than was known under all ice shelves together until recently.

For now, the study at least challenges one important hypothesis about life under the ice floes. For example, researchers believed that the number of life forms and species gradually decreases as you move further away from open water (and therefore also sunlight). The filter feeders were expected to be the first to give up, but that turned out not to be the case. Life at a considerable distance from open water is also much more diverse than expected.

Further research into what lies beneath the ice shelves – which can also be found around Greenland, for example – is urgently needed. This is the only way to have a better picture of what lives there now and of what lived in the past. However, research into this is a race against time, the researchers point out. Climate change is causing the ice floes to thin and several plateaus are already lost some pieces of ice and some have even collapsed completely. And this obviously also has consequences for the ecosystem below, which has been able to survive for thousands of years in darkness, cold and with limited resources. “The least disturbed habitat on Earth may be the first habitat to disappear as climate change causes ice shelves to disappear.”