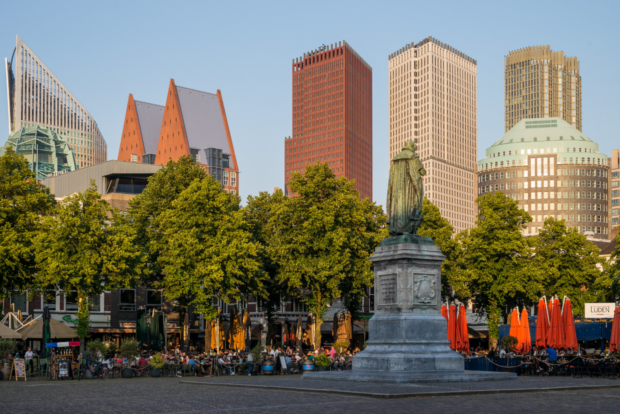 The level of innovation in Dutch government organizations is higher than that reported by the Scandinavian countries of Denmark, Sweden, Norway and Iceland. The Hague image by R Boed via Flickr

Government needs innovation to streamline business operations, improve services and increase employee satisfaction. But that’s much easier said than done. We look at lessons learned from the Netherlands – including cultivating a climate of innovation and accepting that failure is part of the cycle – and consider why working with overseas partners is lost

The first National Government Innovation Barometer 2021 shows that 85% of government organizations implemented one or more innovations in 2019 or 2020.

The study – conducted by the Ministry of Interior and Kingdom Relations with the support of the Public Prosecutor’s Association – involved representatives from national government ministries, affiliated administrative bodies, municipalities, waters, national museums and other institutions and a questionnaire.

For research purposes, the Dutch government has adopted the OECD definition of innovation in the public sector by the OECD Public Sector Innovation Observatory – implementing new approaches and applications that create public value – and focusing on innovation of products, services and processes and interaction with citizens.

Due to the timing of the barometer, a high percentage of innovations have emerged as a result of the COVID-19 pandemic, including allowing civil servants and civil servants to work effectively from home and ensuring that some government jobs and services organizational persist due to closures. These innovations include a digital portal that provides healthcare providers, healthcare insurers and other stakeholders with insight into healthcare capacity, online audiences and virtual tours of national museums.

But there was also a wide range of innovations in the Netherlands that were not directly linked to the epidemic. These include:

In the Dutch Government Innovation Barometer The report makes specific comparisons with Denmark. For example, a similar study found that innovations in Denmark are often the result of external incentives, such as laws and regulations, restructuring and austerity. Meanwhile, in the Netherlands, it is often because organizations themselves discover opportunities – often aided by knowledge of successful innovations in other organizations or insight into new technologies.

The scale shows that process innovation was the most common type – implemented in 76% of cases – followed by interaction with citizens (61%), services (52%) and products (39%). %).

In terms of results achieved through innovation, increased efficiency emerged at 65%, followed by improved quality (60%), increased employee satisfaction (42%), achievement of political goals (39%) and which citizens and customers had a greater impact. (29)%).

By way of comparison: in Denmark, the focus seems to be more on improving quality.

Technology has played an important role in innovation in nearly 60% of Dutch government business. And in 67% of cases, the technology used was either completely new to the organization or used in a radically different way.

Most innovations – 48% – are inspired by others but tailored to the needs of particular organizations, while 30% were developed from scratch by the organization.

Innovations often involve collaborations, often with private sector companies (48%), but also with other government organizations (35%), citizens and customers (24%), and to a lesser extent foreign partners (9%).

“The organizational climate is crucial,” she says. “Organizations with a strong innovation climate innovate more often, at greater scale, and with greater success.”

This is consistent with the results of the Global Forum on Governments responsive government survey. In the context of the COVID-19 pandemic, GGF and PA Consulting surveyed over 850 civil servants in nine countries to assess confidence in the speed of the civil service and its response to change. the output report It appeared in January of this year.

Similar to the Dutch government survey, it also revealed that there is a healthy risk culture in government organizations in the Netherlands, with no respondents agreeing with the possibility of experimentation, where employees are proactively encouraged or rewarded for seizing opportunities for positive change, even when there is a risk of failure.

However, the GGF survey also found that only a third of civil service leaders agreed to give people time to research new ideas and solutions, and half disagreed. However, according to the Barometer, innovations are often initiated by employees and leaders of organizations, indicating that they are adept at generating ideas to improve processes and services, even if they do not have sufficient time to do it in addition to their main tasks.

The contribution of people has been a key driver of innovation, with a combination of team skills and knowledge, organizational and business collaboration, and new technologies. On the other hand, factors that hindered innovation were limited financial resources, laws and regulations, and emphasis on business continuity.

Organizations must invest in the acquisition of a product [innovation] Examples,” the report read. “These may be examples from our own sector or other government sectors, but they can also be obtained from abroad.”

In summary, the report concluded that “collaboration, external orientation and employee networks are essential to achieve innovation” and highlighted the importance of obtaining good examples of innovation from companies, other government sectors or from outside.

A crisis of confidence?

The results of the GGF Response Government Survey (RGS) seem to support the results of the barometer produced by the country in many respects, notably showing that Dutch organizations are confident in their ability to adapt to change, sometimes implying that innovation is also implemented. But there are also differences.

The RGS results show that the Dutch generally believe that adapting to change is part of their long-term strategy, with more than 80% of respondents agreeing.

Furthermore, according to the Barometer, the majority (72%) of Dutch RGS respondents agreed that their organizations excel at learning and reacting quickly to meet the changing needs of citizens and end users. However, there is a caveat – perhaps surprisingly, only half of leaders agreed with this statement, a lower percentage than leaders in any of the other eight countries surveyed (Australia, Canada, Denmark , New Zealand, Norway, Sweden, United Kingdom) , and the United States).

One of the findings of the RGS that seems to contradict the results of the barometer is technology and digital. Although the Barometer found that innovations often have a strong technical component, none of the Dutch leaders who participated in the RGS agreed that “digital is an integral part of the development of new policies and new services” and only a third agreed that “the technology we use is effective collaboration and solution delivery is available or can be developed in time to meet our requirements.

In general, many Dutch government organizations seem to have developed an atmosphere that encourages innovation. What is clear from the Barometer is that innovation is often driven by employees themselves and through collaboration with other organizations.

But there is one key area that has been flagged as a missed opportunity. “It has become clear that organizations often learn from good practice in their own country, but not much is done with good practice from abroad. They deserve more attention, because clearly a lot can be learned in this way. says the report.

If you would like to share an innovation from your government or organization that could be useful to your colleagues abroad, leave a comment below or send an e-mail [email protected]†

Do you like this story? Subscribe to World Government Forum news alerts to get the latest news and interviews delivered to your inbox.