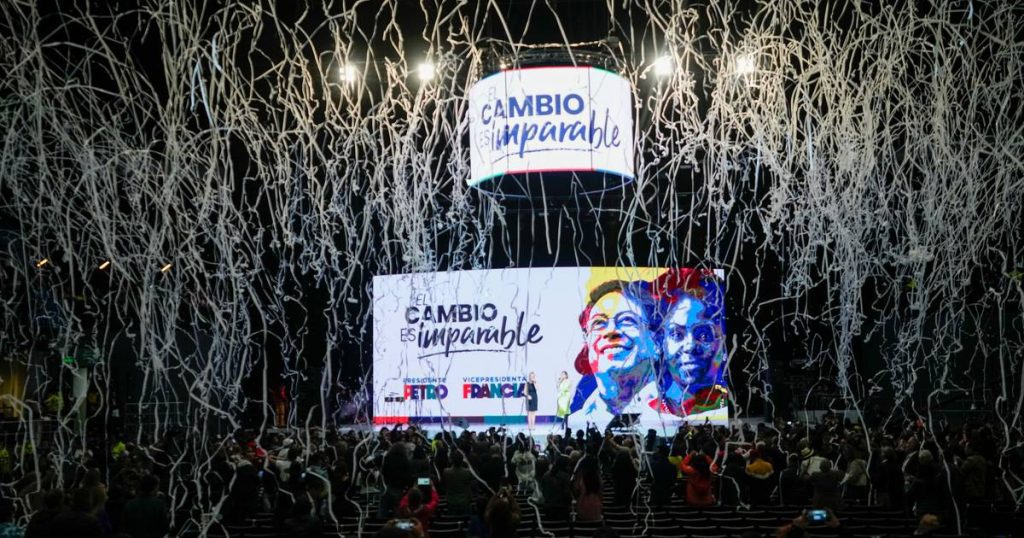 Left-wing candidate Gustavo Petro won the Colombian presidential election. With more than 99% of the votes counted, it comes out at 50.5%. His right-wing opponent Rodolfo Hernández is blocked at 47.3% and can therefore no longer find him.

Nearly 20 million Colombians voted on Sunday. The victory of Petro (62) is special. For a long time, it was almost inconceivable in Colombia that a left-wing candidate had a serious chance at the presidency. “Today is a celebration for the people,” Petro wrote on Twitter. “Let them celebrate the victory of this first people.”

The wealthy entrepreneur Hernández (77), who has become very popular thanks in particular to social networks, has now admitted his loss. “I hope Mr. Gustavo Petro knows how to run the country and that he stays true to his anti-corruption campaign,” he said on Facebook Live. Due to his often bold statements and eccentric campaign style, Hernández is also known as the Colombian Trump.

Colombia has never had a leftist president before. In the country, left-wing rebel groups such as Farc, ELN and M-19 have fought for decades against predominantly right-wing governments. The M-19 guerrilla movement, of which Petro was once a member, disarmed in 1990 and transformed itself into a political party.

Petro then served for a time as mayor of the Colombian capital Bogota. He pledged to fully implement the 2016 peace deal with leftist Farc rebels. He also wants to start new peace talks with the ELN rebels still active in some parts of the country.

Petro has also pledged to make sweeping economic and social changes as president. It is particularly popular with young people. But opponents accused him during the campaign of wanting to copy the economically troubled policies of the late former leader of neighboring Venezuela, Hugo Chávez. Petro himself denies it.