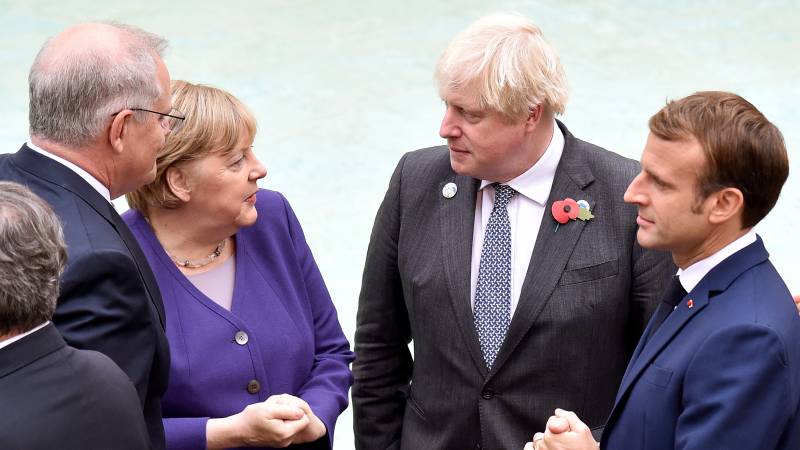 Franco-Australian relations have reached an “unprecedented new low” with the leak of an SMS from French President Macron to Australian Prime Minister Morrison.

French Ambassador to Australia Jean-Pierre Thebault said so in a speech to Australian journalists’ organization National Press Club. According to him, it is not clear how things should play out between countries in areas such as mutual trust.

Australia and France have been at odds for a month and a half after Australia decided to cancel a € 40 billion contract for French submarines in favor of a deal with the United States on nuclear submarines.

Yesterday, a text message from Macron surfaced in Australian media, which the French president sent to Morrison in September after offering a consultation on the submarines. This proposal came shortly before the announcement of the deal with America.

“Can I count on good or bad news as regards our common ambitions concerning the submarines?”, Macron would have sent. It’s unclear what Morrison’s response was, but the prime minister reportedly used Macron’s message as proof that France was anything but sure of the deal being done.

According to France, the cancellation of the order came out of nowhere. Macron had previously accused the Australian Prime Minister of lying, notably during a dinner in Paris this summer. Morrison has denied lying. According to him, it has always been clear that the French diesel submarines were probably not advanced enough for Australia.

“The deception was deliberate”

The French ambassador Thébault denounces the leak of the message. According to him, this is a warning to all heads of government who do business with Australia. “Because there will be leaks and what you confidently say to partners will end up being used against you.”

He also maintains the position that Australia lied to France. “The deception was deliberate,” he said. “And maybe there is a difference between cheating and lying. But if you cheat on a government leader friend, you are lying to him.”