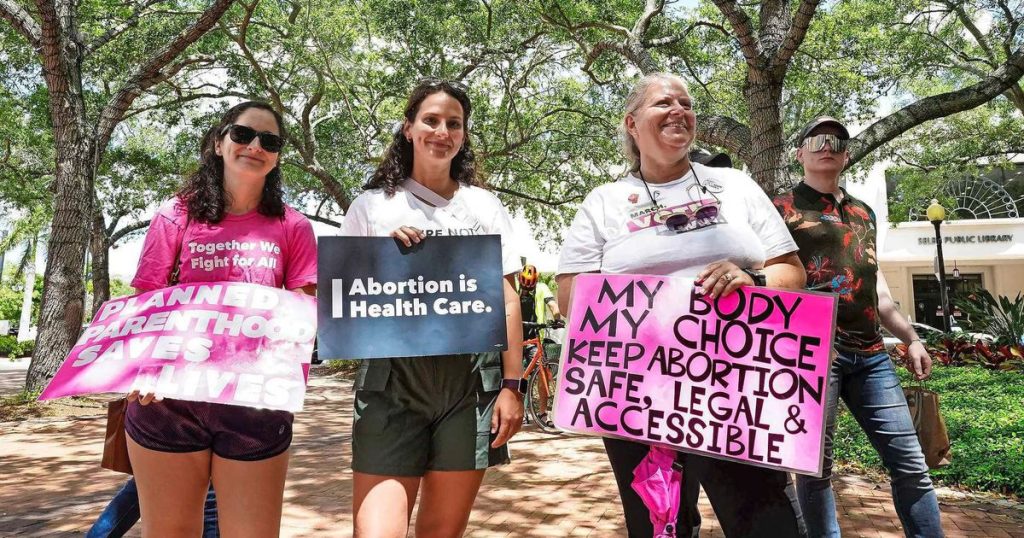 Politico released a February draft in which conservative Judge Alito wrote that the decision in Roe vs. Wade’s 1973 and a subsequent 1992 decision were wrong. In Roe vs. Wade, the Supreme Court ruled that the right to abortion is enshrined in the Constitution, so states cannot ban it.

But Alito believes that the Supreme Court should not decide that at this time. He thinks politicians should deal with it. “We think Roe and Casey should be voted out,” Alito wrote. “It is time to follow the Constitution and return the subject of abortion to elected officials.”

If this is indeed the final conclusion, it means that states will soon be able to decide for themselves whether abortion is legal or not. In many conservative states in the South and Midwest, that will mean much stricter regulations or an outright ban. Stricter laws have already been drafted in Texas, Florida and Mississippi in recent months. As a result, women in these states will no longer be able to have an abortion or will have to travel to another state to do so.

There were already indications that the conservative Supreme Court majority would vote for abolition. According to Politico, in addition to Alito, Conservative Justice Clarence Thomas and the three Trump-appointed justices Gorsuch, Kavanaugh and Coney Barrett voted for abolition. That would already be a majority. It remains unclear what the opinion of Conservative Chief Justice John Roberts will be.

The verdict is not yet final. Adjustments may have been made after that February draft. In theory, judges can also change their minds. But this chance does not seem great. The real verdict is expected within the next two months.

It is very rare for documents to leak from the decision-making process. Early versions never leak until the official decision is known. Now 98 pages are out, about the most important decision of the year. Supreme Court spokespersons declined to comment on the news.

If the Supreme Court does indeed repeal the federal abortion law, Republicans will be thrilled. For years, they have pledged to appoint conservative judges to make these kinds of rulings possible. For the Democrats, it is a blow that will reverberate for a long time. The decision is sure to become a hot topic as the November congressional elections approach.

Supporters and opponents immediately gathered at the Supreme Court in Washington DC on Monday evening local time. Police have placed fencing around the building as a precaution.