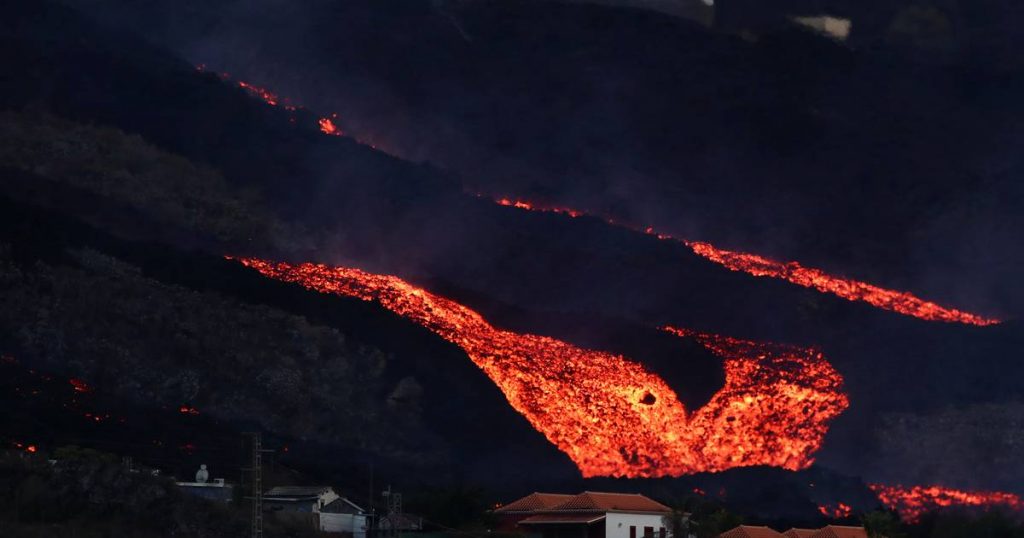 The lava flow from the volcano on the Canary Island of La Palma continues to engulf homes and buildings. According to the latest count, 1,817 buildings have been swallowed up until this afternoon. This is 269 more than the number published by the national television channel RTVE, drawing on information from the European Earth observation system Copernicus. No new evacuations were reported.

Since midnight, around forty light and medium earthquakes have been recorded. The heaviest had a force of 4.6, measured at a depth of 37 kilometers. “The earthquakes indicate that the epidemic continues unabated,” said volcanologist Eduardo Suárez of the National Geographic Institute.

The volcano in Cumbre Vieja Natural Park erupted on September 19, after a 50-year dormant existence. Since then, the incandescent lava flow and ash rain has wreaked havoc on buildings, infrastructure and agriculture, especially banana plantations. More than 7,000 people had to leave their homes as a precaution. So far, no one has been seriously injured.

According to operator Aena, La Palma airport is still accessible, but is avoided by Spanish and international airlines due to the high concentration of ash particles in the air. Air traffic to the other Canary Islands is normal.