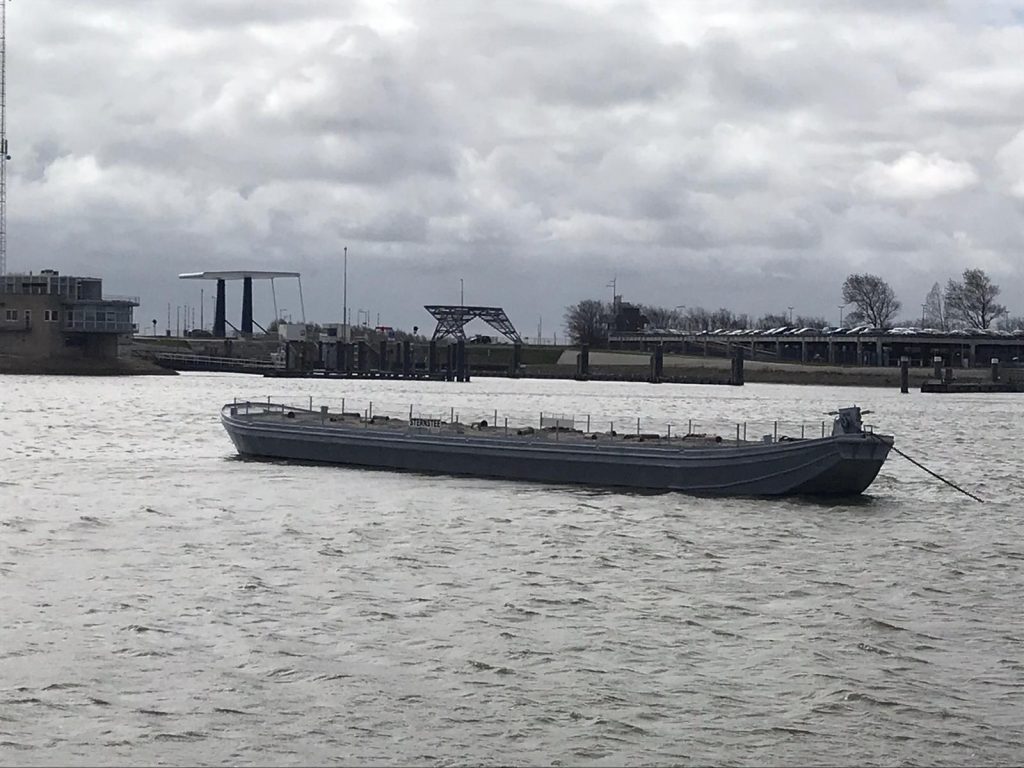 The sustainability of the Lauwersoog fishing port is in full swing. Oil and diesel are depleted and the focus is on hydrogen. “The port is located on a World Heritage Site; We need to get greener, ”says port manager Harm D. Post.

The innovations of the port of Lauwersoog cannot be counted on the one hand and the objectives are ambitious. A large part of the fishing vessels, tourist vessels and the brown fleet will have to run on hydrogen before 2030. “We have started to develop a whole chain of miniature hydrogen in the port,” Post says. And there are other developments underway.

The “Lauwersoog Sustainable Port Coalition” was created to inspire all parties involved in the port, from restaurants to Staatsbosbeheer, to reflect. The port has an atypical approach to sustainability, where duties and responsibilities do not exist. Because, says Post, “if you take responsibility for this discussion, the parties will give up.” And this “free” aspect seems to be working. “So far, every time in our meeting, enough participants raise their hands because they want to help.”

To become greener, the port also sought cooperation with other ports in the Wadden Sea, such as Eemshaven Delfzijl, Port of Den Helder and Harlingen. The goal: not to keep reinventing the wheel. “We assume knowledge sharing. Eemshaven, for example, is researching options for ships to use shore power while on shore. They then lie down on an outlet instead of running their engine. We can then also use this knowledge. ”

A breeding pontoon and a New Zealand interest

An important item on the agenda is the conservation of nature in the port. That is why there is a lot of cooperation with nature and environment organizations. “Special ideas are already emerging,” Post says. “Ideas that we, as a traditionally economy-oriented port, never came of our own.” For example, together with Rijkswaterstaat, the port bought an old Amsterdam bridge barge to give the birds their own nesting place: “We have completely fitted out this bridge barge as a breeding area for arctic terns and common terns. . Schoolchildren also come to nest. ”

The breeding pontoon, with the name “ Sternstee ” chosen in a social media competition, may seem like a simple idea at first glance, but is attracting interest from universities around the world. “I recently received an email from a New Zealand university,” Post explains. “They create a database to which are added solutions like ours. Learning together: it really turns me on. Closer to home, the port is also looking to cooperate with knowledge institutions, such as the University of Groningen (RUG). For example, the port is participating in a large hydrogen project with the University of Groningen called ‘SMILES‘, to stimulate knowledge sharing. “So we don’t all have to reinvent the wheel.”

From Ecolution Originally built by Wubbo Ockels, this is one of the ships in the port of Lauwersoog that has been converted and now runs on hydrogen. “Tests will be carried out on this vessel in the near future,” says Albert Keizer, New Generation Shipyard Manager and vessel owner. “We want to see how much hydrogen the ship is using; see how efficient hydrogen navigation is. ”

Within a year, Keizer hopes to have acquired enough knowledge to convert another ship. “We have already completed two preliminary projects, one for a fishing cutter and the other for a tour boat.” The enthusiasm is there, but unfortunately we have to wait and see to get started. “From a technical point of view, we are already very far away, now the regulations are still there.”

The ships in the port of Lauwersoog cannot be left behind when it comes to sustainability. But anyone who thinks new ships should be bought is wrong. “We want to convert the existing ships. Here in Lauwersoog we have a fleet of 80 cutters and the oldest dates from 1896. The route to new builds takes a long time, which is why we do it this way. Still, there’s a lot to consider when cruising on the new fuel, and the transition hasn’t been made as quickly as it looks. “Everyone often thinks the transition is so easy, but it’s not that simple.” The sail tests must be passed, the skippers must be trained and learn to handle hydrogen and skeptical fishermen must be brought in. “For example, fishermen want to go out to sea for four or five days and are stuck with a certain pace of navigation. They want to be sure they have enough hydrogen to be able to go away for a long time. So there is work to be done. “So we have to prove that it is really possible in the near future.”

Making green hydrogen yourself: a plan for the future

There are ambitious plans on the table for a fully independent hydrogen chain. Hydrogen is the future, but according to Post also has problems with current regulations and permits. To avoid difficulties, the port therefore imagined a smart solution for the future. “We had the idea of ​​manufacturing our own hydrogen, here in the port, thanks to a small solar park and electrolysis. It won’t be in huge quantities, but we can still sail up to seven ships there. ”

The plans are there. In the coming period, it will be a question of whether the solar park will actually be built. “We are now working on all permits. If we have it inside, the park will probably be there very soon, maybe even next year. Post hopes to get started soon. “Because if we start to navigate hydrogen, we both want to do it well, and produce it ourselves in a green way and at a lower cost.”

We must get rid of the diesel

Most of the port’s sustainable development projects are going smoothly. It is now a question of waiting for the solar park, and above all to get the parties excited. “We often say: boys, our port is a world heritage site. If you want to keep fishing, you have to get rid of the diesel. We need to get greener. Then it’s also safe to say that your kids want to take over your business. Fortunately, there are already many who see this. “Let the rest watch quietly. We will prove to them that it is possible. “