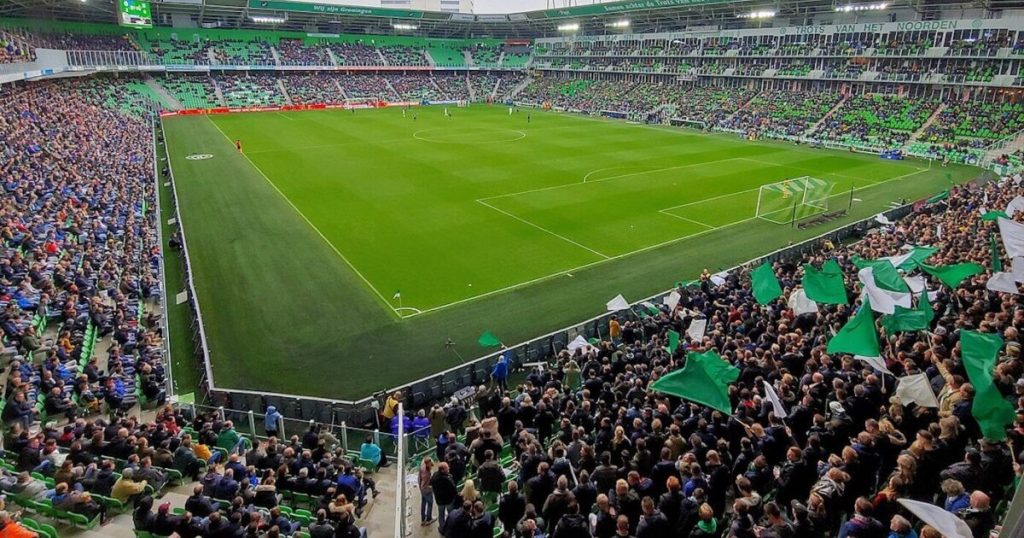 FC Groningen won their first home victory of the season against AZ on Sunday night. Still, the Northerners watch the game with mixed feelings. The club stilts
that he was missing at least 75,000 euros because the meeting with AZ had taken place on Sunday evening.

Achieved 5.988 no shows the number of supporters and sponsors who had a valid ticket for Euroborg, but who did not use it on Sunday evening, was twice as high as normal. In addition, the number of individual tickets sold was half that of the last home game against FC Twente, namely 2,671 against 5,412. A loss of income of around 49,000 euros. Compared to the home game with FC Twente, the catering turnover was around 29,000 euros lower.

FC Groningen have several arguments as to why they are against football at 8 p.m. The club believe this excludes young people from stadium tours, as well as people from various sectors who have to start a new work week early the next day. Even for supporters who depend on public transport, a Sunday night game can be an unnecessary obstacle to visiting the stadium.

Managing Director Wouter Gudde is clear in his comment: “In total, our financial loss is at least 75,000 euros, but what is much more important: we are selling a product, in this case a subscription, than supporting it. can not use. The numbers confirm our feeling that playing football on Sunday nights at 8 p.m. is a terrible idea. We find this development worrying and would like to have a discussion based on the facts. Hopefully the other clubs will come up with the numbers as well and we will come up with progressive ideas. “

You can also read with us how FC Groningen wants to secure a place in the top 5 of the Eredivisie in the long term.