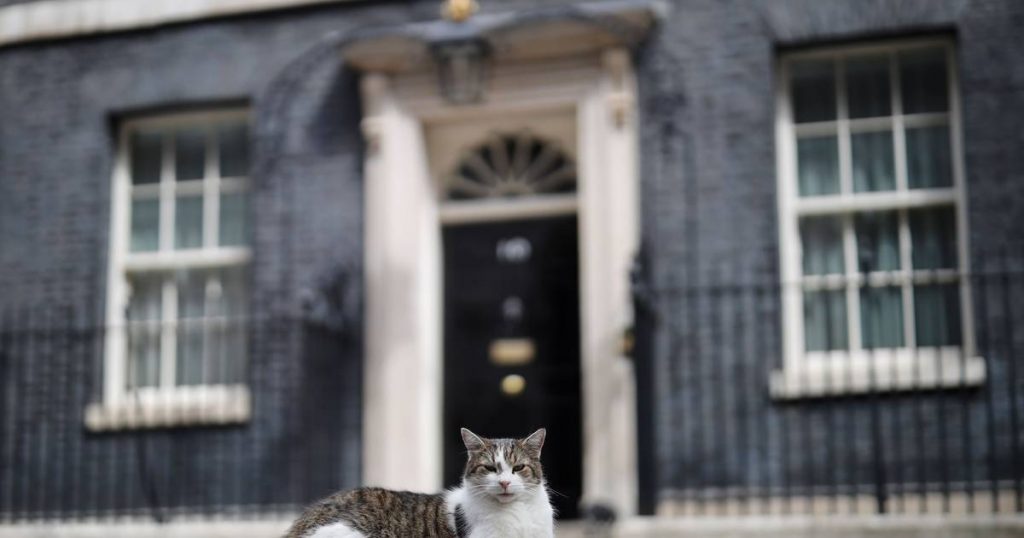 Learn more below the photo.

According to its first owner, Prime Minister David Cameron, Larry outwitted three mice in his first few months, but then lost his attention. Because he won the hearts of the public and the press, he will not be replaced. In 2012, he received help from the cat Freya, who was much more fanatic.

Rumors in the press that the Cameron family would not like Larry’s presence have been nipped in the bud by 10 Downing Street. In the UK House of Commons, Cameron said he loved Larry and justified his declaration of love with a photo of himself and the house cat.

On his official website, Larry says that “greets guests, inspects security systems, and tests antique furniture for naps.” He’s also thinking about “a solution for the mice in the house”, but he’s still in the “tactical planning” phase.

After Cameron, the cat saw Theresa May come and go. Now he lives with Boris Johnson. According to historian Anthony Seldon, Larry “helps make the Prime Minister more human.” It also provides a distraction in politically difficult times. He also shows up during official visits by heads of state.

Learn more below the photo.

Here are some of the highlights of Larry’s time at the British Residence (video):